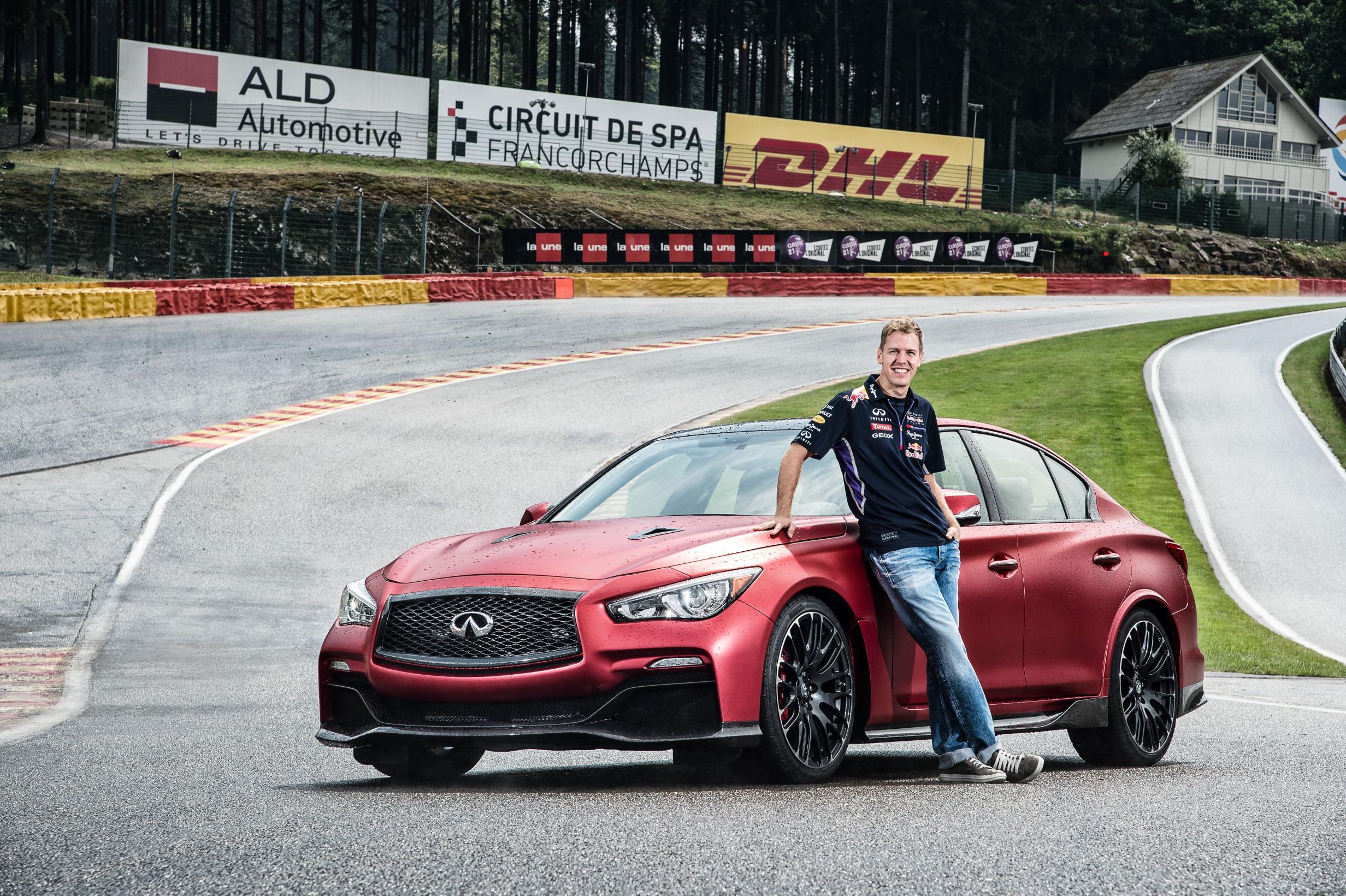 Spa’s notoriously fickle weather was true to form with heavy rain dousing the track throughout Vettel’s test run in the Q50 Eau Rouge. Vettel has been involved in the ongoing development of the Q50 Eau Rouge prototype which was first revealed as a design concept vehicle at the North American International Auto Show in Detroit in January this year. The prototype was subsequently shown at the Beijing Auto Show in April.

“Even though it was difficult to get a proper feel for the car’s performance due to the wet track, the engineering team have made definite improvements to the car in the areas of steering and suspension since I first drove it earlier in the year,” said Vettel. “There is no shortage of power from the Q50 Eau Rouge. All in all it was an interesting day and we had fun. It was a privilege to be given the task of driving the Q50 Eau Rouge on one of the most demanding corners in the world.”

The base engine inside the Q50 Eau Rouge is an aluminum and magnesium twin-turbo, 24-valve, 3.8-litre V6 powerhouse that is already an icon among sports car fans. For the Eau Rouge, with bespoke Infiniti engine mapping, air intake and exhaust, and F1-inspired aerodynamic body work, peak engine power is up to an exhilarating 560hp, with engine torque measured at 600Nm.