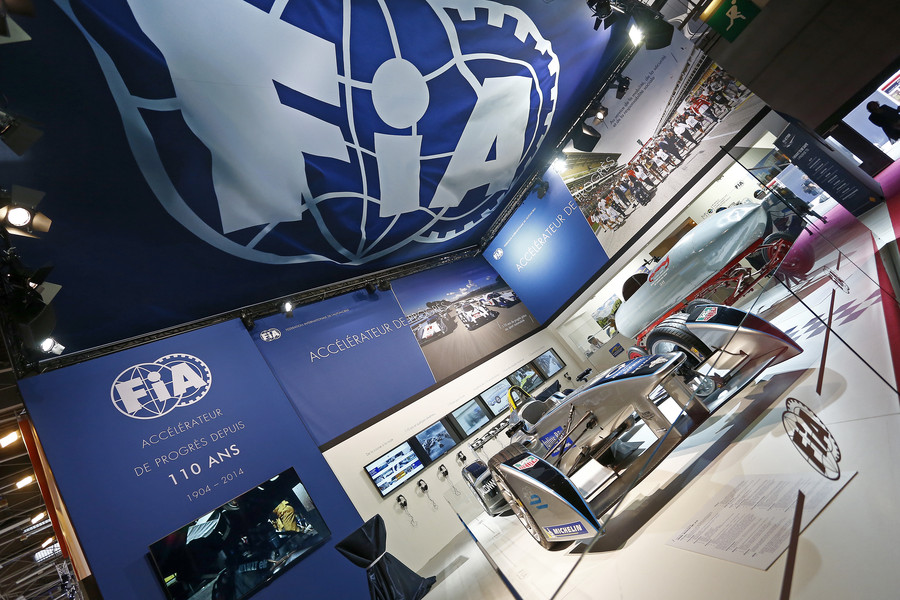 From the very first battery-powered land speed record holders to the cutting-edge 21st century technology driving Formula E, the world’s first truly global electric racing championship, the FIA’s presence at this year’s Paris Motor Show will demonstrate how the federation has been at the forefront of innovation on the race track and the road for more than a century.

Since its foundation in 1904, the FIA, the governing body of motor sport worldwide, has helped advance automotive technology. Whether it be through the promotion of safety in the city-to-city races of the early 20th century, via the technical advances made in the golden age of sports car racing or through its current push for fuel efficiency across its major championships, the FIA has always played a key role in driving change.

To highlight this fact, the FIA will display two landmark racing machines – separated by more than 100 years – at its Paris stand. The first is one of just two ‘Jamais Contente’ cars in existence today. The vehicle lent by the Musée National de la Voiture was the first to go over 100 kilometres per hour, when intrepid Belgian racer Camille Jenatzy took the torpedo-shaped electric car to a top speed of 105.85km/h in 1899 at Achères, Yvelines near Paris, France.

Fast forward 115 years and the second car on the FIA stand, which is co-hosted by FIA member L’Automobile Club Association, represents electric racing technology at its most advanced. The Formula E Spark-Renault SRT_01E racing car is at the heart of the new FIA Formula E Championship, the inaugural race of which was held in Beijing on 13 September. Utilising the most powerful automotive electric motor by weight in the world, Formula E marks the next stage for motor sport in the development of new technologies for the motor car.

Finally, the FIA – which also represents over 150 mobility clubs worldwide – will invite members of the public to vote for better roads and transport in the UN’s MY World 2015 survey http://walksafe.myworld2015.org. The results of the survey, which asks citizens to choose their priorities for a better world, will be shared with world leaders when setting the next global development agenda and its implementation by the UN.

Commenting on the FIA’s role in automotive development, FIA President Jean Todt said: “Since its foundation 110 years ago, the FIA has had a proud history of driving innovation through motor sport and is today a leading promoter of clean, safe and accessible mobility for all. The 2014 Paris Motor Show is a fantastic opportunity to highlight our commitment to ensuring that motor sport continues to play its role as an accelerator of progress in the automotive sector in the years to come.”