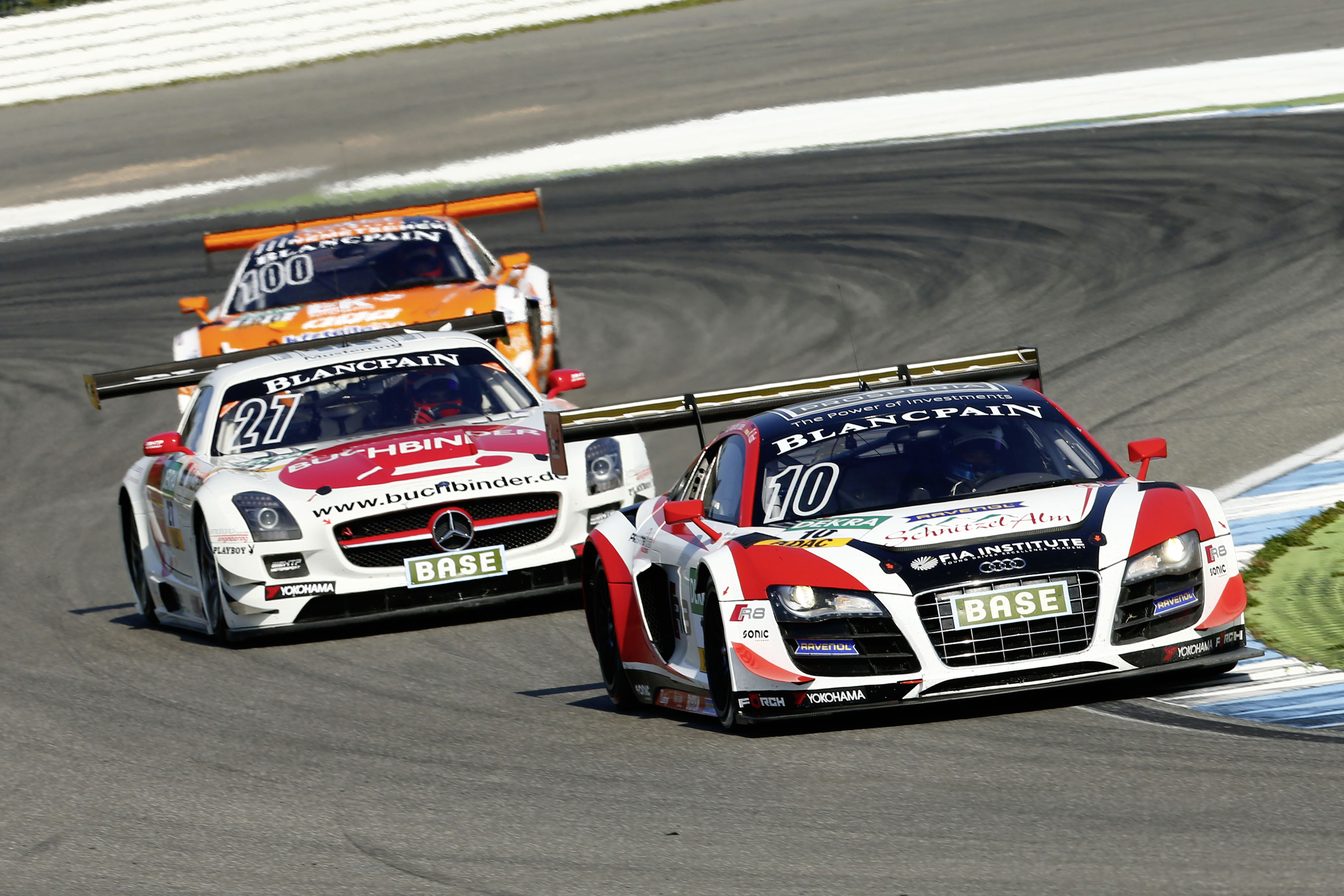 René Rast (D) and Kelvin van der Linde (RSA) have won the ADAC GT Masters 2014 in the finale at Hockenheim. As a result, Audi celebrates winning its second championship title within 14 days with the Audi R8 LMS ultra, after the production based GT3 racecar had already scooped the Blancpain Endurance Series title. Furthermore, Prosperia C. Abt Racing won, like last year, the team classification in the ADAC GT Masters.

It was a premiere for both talents: René Rast has already won six motorsport titles for brands within the Volkswagen Group, but none for Audi. The East Westphalian from Minden now celebrated his first championship in the R8 LMS ultra. As a result, the 27-year old race driver crowns a season during which he won the 24-hour races around the Nürburgring and at Spa with Audi. Kelvin van der Linde, at 17 years of age last year the youngest ever Volkswagen Scirocco R-Cup Champion, is only an adult since June. The South African from Johannesburg claimed three wins during the season and a total of nine podium positions together with his team mate in the hard-fought series. The GT3 models from seven brands were represented in Germanys league of super sportscar.

Im proud of my drivers and the team, said a delighted Christian Abt, Team Boss of Prosperia C. Abt Racing. Our drivers were consistent and always at the front, scored points in every race and worked step by step for the title. And they delivered the lions share of the points so that we could also defend the team title. Christian Abt won the ADAC GT Masters in 2009 as driver with the Audi R8 LMS, in 2010 Team Abt Sportsline won the team classifications. Last year, Christian Abt was successful in the team classification as Team Boss of the newly formed Prosperia C. Abt Racing squad, now both titles went to the Frankfurt based team.

Congratulations to our new Champions, said Romolo Liebchen, Head of Audi Sport customer racing. The ADAC GT Masters is one of the most important GT3 racing series, in which many strong private teams and brands were capable of winning this year. Winning the championship was anything but a matter of course and is well deserved. Our GT3 sportscar has now won 25 titles since the 2009 season. Numerous other Audi customer teams fight worldwide over the forthcoming weeks for the next championships.

The Audi R8 LMS ultra is developed, built, sold and supported by the quattro GmbH. More than 50 per cent of the race car is based on the production line R8 model. In the meantime, 120 examples of the GT3 racecar were delivered worldwide to customers.