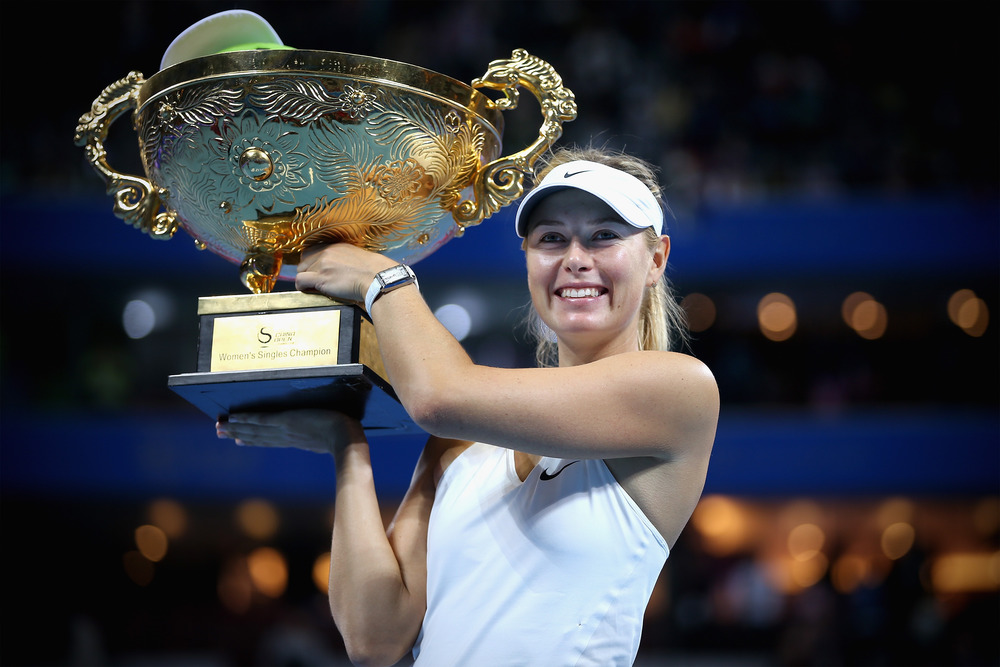 Two weeks before the WTA Championships in Singapore and Maria Sharapova is already in good form: in an exciting final, the Porsche Brand Ambassador won the China Open in Beijing on Sunday by beating Petra Kvitova (Czech Republic) 6-4, 2-6, 6-3. The victory at the approximately 5.5 million dollar hard court tournament has moved her up to second in the world rankings.

“The win means an awful lot to me not only because I was unable to play here last year due to a shoulder injury,” said Maria Sharapova after her first hard court success since Indian Wells in 2013. The duel between the Grand Slam champions – Maria Sharapova this year won the French Open in Paris whilst Petra Kvitova triumphed in Wimbledon – was a top class affair. In the decisive third set, the three-time winner of the Porsche Tennis Grand Prix was the stronger physically and improved her head-to-head record against the Czech to 6-2. “It’s great to have won here in Beijing,” she said. “Now I’m looking forward to the WTA Championships in Singapore.“

In addition to winning in Paris und Stuttgart, Maria Sharapova was this year also victorious in Madrid.