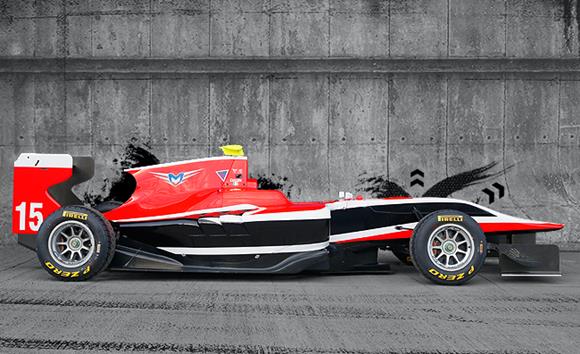 Marussia Manor Racing GP3, which competes in the GP3 Series and is part of the Marussia F1 Team Young Driver Programme, will not participate in this weekend’s round of the championship in Sochi, Russia. Regrettably, the team has been forced to withdraw from the event for commercial reasons.

The Team would like to praise the hard work and dedication of the Manor Motorsport staff, who run the racing operations of the Marussia Manor Racing GP3 team, as well as the efforts of Dean Stoneman, Patrick Kujala and Ryan Cullen, three very talented young drivers who have been a credit to the team during its 2014 campaign. That Marussia Manor Racing GP3 currently lies in fifth place in the GP3 Series standings, and only recently celebrated its third win of the season, in Monza on 7 September, makes this withdrawal all the more difficult for the team.

Marussia Manor Racing GP3 would also like to thank the organisers of the GP3 Series, and the wider GP3 community, for their continued support. A decision regarding the team’s ability to participate in the final round of the GP3 Series in Abu Dhabi next month will be taken in due course.

Marussia Manor Racing GP3 would like to make clear that its non-participation in the Sochi event is for purely commercial reasons and these have not been influenced in any way by events at last weekend’s Formula One race in Suzuka. The team’s GP3 freight deadline was last Thursday, 2 October.

As part of the Marussia racing family, the GP3 team does however share the concern of the Marussia F1 Team and the whole international motor sport community for Jules Bianchi, following his serious accident in the 2014 Japanese Grand Prix.