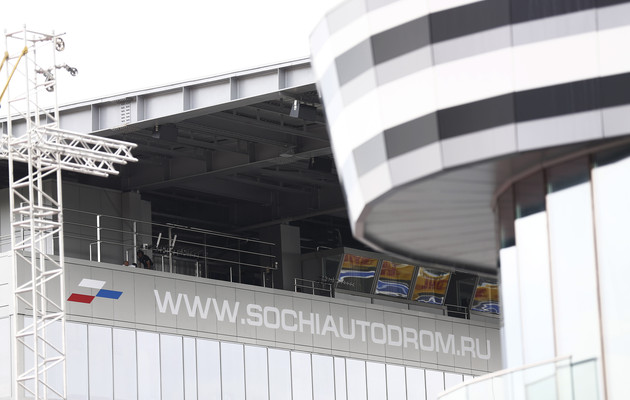 – Continua il mistero sul futuro di Alonso nel 2015. Come si legge su gpguide.com, “What is obvious is that there is plenty of movement in the background, which might explain the latest rumours linking Lewis Hamilton with the exit at Mercedes. Spain’s Marca reports that Movistar, the major Spanish mobile operator, has decided to partner with Alonso’s next F1 team. “Talks with McLaren are underway,” read the report. “There are also negotiations afoot with Blackberry, the phone company that is with Mercedes and with which there is an obvious synergy. One (Movistar) sells the lines, the other (Blackberry) the handsets.” If Alonso cannot find a route into Mercedes for 2015, he is expected either to sign a one-year deal elsewhere, or simply sit out next year’s championship. “McLaren will not want to be the stopgap,” said London’s Times newspaper. So while the talks go on, everybody else waits.

“It all depends on whether he (Alonso) goes to McLaren or whether he leaves formula one and returns later,” said Lotus driver Romain Grosjean, who is leaving his own future open for now. Also waiting is McLaren driver Jenson Button, the 2009 world champion. He admitted in Russia: “My family find it really difficult to understand the situation I am in at this point, considering what I have done in the sport.” Another party whose next plans appear held up is Ferrari. There is speculation Hamilton may also be linked with the Maranello team. “No, that’s not true,” the championship leader told Germany’s Auto Bild in Russia. Team boss Marco Mattiacci, meanwhile, said on Friday: “I don’t have any update, any news, any announcement to be made.”

– The next Russian grand prix could be a night race. According to the Dutch newspaper De Telegraaf, new F1 venue Sochi Autodrom’s contract with Bernie Ecclestone is for at least 7 years. On Sunday for the inaugural race, the start-time is at 3pm local. But next year it could be much later. Bernie Ecclestone is said to have already basically agreed to the proposal.

– Unprecedented security at a grand prix will accompany Russian president Vladimir Putin‘s visit to the inaugural race on Sunday. F1’s regular television broadcasters have been told that when Putin’s security personnel scramble radio frequencies to prevent potential bombs being triggered, live video images and microphones will possibly go dead temporarily. And the Daily Mail also claims that “radar guarding” against airborne threats could cause television interference, while TV crews have been told not to film Putin or the visiting king of Bahrain too closely. Amid the controversial Ukraine conflict, security is also noticeably high in other areas at the new Sochi Autodrom, including the presence of armed guards and airport-style checks. The German newspaper Bild has more details. It claims then when Putin is scheduled to visit the building opposite the grandstand, windows will be obscured to thwart any potential assassins. The report also said the F1 teams’ and FIA’s radio systems will be affected by the anti-bomb frequency scramble, which could last up to 15 minutes. And Bild said that security will be so tight when Putin is on the grid that regular ‘grid walking’ broadcasters may be unable to complete their normal duties.