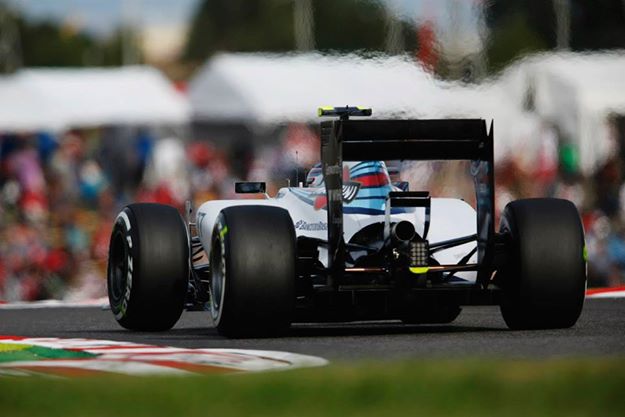 Williams is the latest team sensationally linked with Fernando Alonso’s uncertain future. The growing feeling in the F1 paddock is that, as Ferrari reportedly prepares to welcome Sebastian Vettel, Spaniard Alonso is facing the prospect of a year on the sidelines. Dominant Mercedes – his obvious target – is not interested in accommodating Alonso in 2015, team chairman Niki Lauda repeated at Sochi.

“We have a contract with Lewis (Hamilton) for 2015,” the F1 legend told Auto Motor und Sport, “so there is no place for Alonso. “Toto Wolff and I want to continue working with Lewis, and we are in constructive discussions with him if he wants to stay with us after 2015,” Lauda added.

Alonso is in talks with McLaren-Honda, but supremo Ron Dennis is reportedly pushing back against the Spaniard’s salary demands, and reluctant to agree a mere one-year deal. Asked if there is a risk he will have to take a sabbatical next season, Alonso told reporters in Russia on Saturday: “Probably not a big risk.”

Auto Motor und Sport claims that is because Alonso is lining up his alternatives should his talks with McLaren fail. “He is also knocking at Lotus and Williams,” said correspondent Michael Schmidt.

Schmidt said a move to Lotus is however unlikely for Alonso, even after the Enstone team announced its switch to field-leading Mercedes power for 2015. When asked if Alonso is a possibility for Lotus, Romain Grosjean said in Russia: “Maybe, but I don’t think so.”

That could be because the Total and PDVSA sponsorships linked with existing drivers Grosjean and Pastor Maldonado respectively brings a whopping $80 million to the team. And the impressive Mercedes-powered Williams team has already announced that it will field an unchanged driver lineup of Valtteri Bottas alongside Felipe Massa in 2015. A week ago in Japan, a mischievous Massa sauntered up to Alonso during the Spaniard’s media round and asked him: “You go to Marussia? To Caterham?”