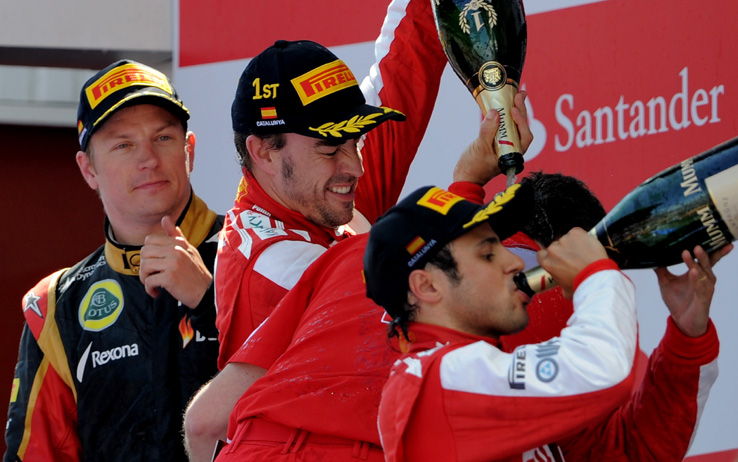 Kimi Raikkonen is suffering psychologically alongside his Ferrari teammate Fernando Alonso this year. That is the view of Felipe Massa, who although still friends with Alonso failed to regularly match the Spaniard’s pace before he lost his race seat at the end of last year. The Maranello team replaced Massa with Finn Raikkonen, his old Ferrari teammate and the 2007 world champion, who has notably struggled in red in 2014.

“I think Kimi’s problem is psychological,” Massa, now a Williams driver, told Lance!, a Brazilian sports daily. “I also suffered a lot when Alonso arrived. Kimi is undoubtedly a lot better than he is showing, just based on what he has done in the past. But with Alonso in the team, he (Raikkonen) lost his head a little and is not doing the job he is capable of. We live in a world of details, and if it’s not working psychologically, you are unable to do a perfect job. It’s easy to say Kimi is unmotivated, just as with me they said it was because of my accident.

But in my opinion, Alonso is the strongest driver on the grid, so if you’re not perfect, it is very difficult to be in front of him. He (Alonso) is also very intelligent and is able to get the team on his side. That’s what makes the other driver suffer. Then when you see the other driver getting more attention from the team, the situation becomes very difficult to turn around”.

As Alonso departs, Raikkonen is expected to be joined at Ferrari next year by the quadruple world champion Sebastian Vettel, who is his closest friend in the F1 paddock.