Alfa Romeo 4C “Performance Car of the Year 2015” in Irlanda 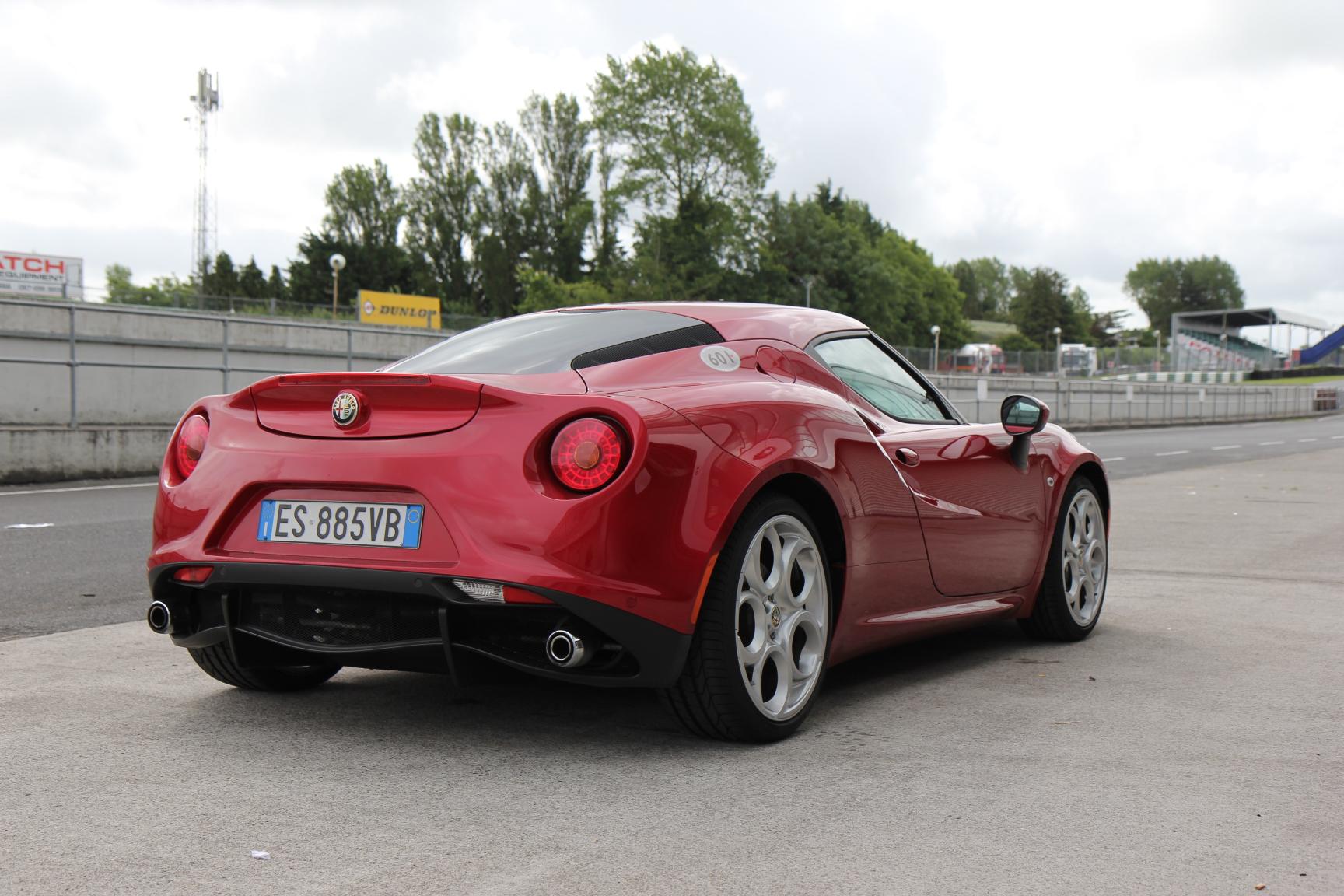 The Alfa Romeo 4C has been named “Performance Car of the Year 2015” in the inaugural Association of Professional Motoring Press (APMP) Car and Van of the Year Awards, shortly after claiming the joint “Overall Best Car” award in the Sunday Times Ireland / CompleteCar.ie Best Cars Guide 2015, where it also claimed the “Best Driver’s Car Under €75,000” category win. It also set the www.Rev.ie production-car lap record around Mondello Park Race Circuit in the hands of experienced racing driver and motoring journalist Ian Beatty.

Having been launched in the UK and Ireland earlier this year, along with the 2014 Alfa Romeo MiTo and Giulietta, the motoring media had the opportunity to push the Alfa Romeo 4C to its limits on track at Mondello Park during the press launch, and then later to experience it on public roads over several days, to get a true understanding of the breadth of the car’s abilities.

Members of both the APMP and the Sunday Times Ireland / CompleteCar.ie judging panels were particularly appreciative of the advanced, lightweight materials employed in the construction of the Alfa Romeo 4C, which results not only in astonishing performance and exceptional handling characteristics but also in lower fuel consumption and reduced CO2 emissions, which in turn has a positive knock-on effect in terms of purchase and motor tax. Indeed, the relatively low level of registration tax levied on the Alfa Romeo 4C is part of the reason it represents such astounding value at €69,900 (£45,000 OTR in the UK) having been described in the Sunday Times Ireland as “an out-and-out bargain”.

The members of the APMP Car and Van of the Year Awards judging panel are amongst the most respected motoring writers in Ireland, representing 45 well-known publications across all media, including national and regional print media, TV, radio, blogs and websites. Vehicles are judged on a wide variety of criteria including design, performance, efficiency, safety, technology, value-for-money and driver appeal based on the test drive experiences of each jury member.

The Sunday Times Ireland judging panel is comprised of Sunday Selection editor Richard Oakley, as well as the editor and senior correspondents of the leading Irish motoring website CompleteCar.ie: Shane O Donoghue (editor), Dave Humphreys and Paul Healy. The awards take all cars on sale in Ireland into account, not just the cars on sale in the past 12 months, and are judged across all pertinent criteria including practicality, running costs and, of course, driving pleasure.

Rev.ie is an enthusiast website founded by Ian Beatty and Niki Meredith, two experienced racing drivers looking to create an information hub for Irish petrolheads, offering relevant news, motorsport updates and reviews of high-performance road cars. Ian is the Circuit Operations Manager at Mondello Park, as well as being a motoring journalist for The Irish Times Motoring. He uses the short ‘National’ circuit at Mondello Park for timed laps in the high performance cars he tests and posts the results on the homepage of Rev.ie

Commenting on the APMP Performance Car of the Year win, Chairperson Michael Sherdian (RTÉ Motors) noted: “The Alfa Romeo 4C is outrageous fun to drive. With supercar looks at a fraction of the cost Alfa Romeo has a true star with its pocket-rocket 4C.”

The Sunday Times/ CompleteCar.ie judges proclaimed the Alfa Romeo 4C to be “easily one of the most exciting cars you can buy right now,” noting that it is “a complete blast to drive”.

Gerry Clarke, Country Director FIAT Group Automobiles Ireland, commented: “The Alfa Romeo 4C has won a number of significant accolades across Europe since it was launched and these latest awards, as decided by some of the most respected, experienced and widely-read motoring journalists in Ireland, are amongst the most prestigious yet. We’re hugely grateful to the Irish motoring media for acknowledging the efforts of Alfa Romeo’s engineers in producing something truly advanced, unique and exhilarating in the astonishing Alfa Romeo 4C.”

Ivan Gibson, Head of Brand Alfa Romeo UK added: “Having witnessed the reaction of Irish media to the 4C at the Alfa Romeo range launch earlier in the year, I am delighted to see that enthusiasm already translated into a number of significant and prestigious awards. The 4C is a milestone vehicle in the true tradition of Alfa Romeos past, making cutting-edge technologies and technical innovations at an astonishingly attainable price, and we’re thrilled that Alfa Romeo’s achievements have been so strongly endorsed by the Irish motoring press.”