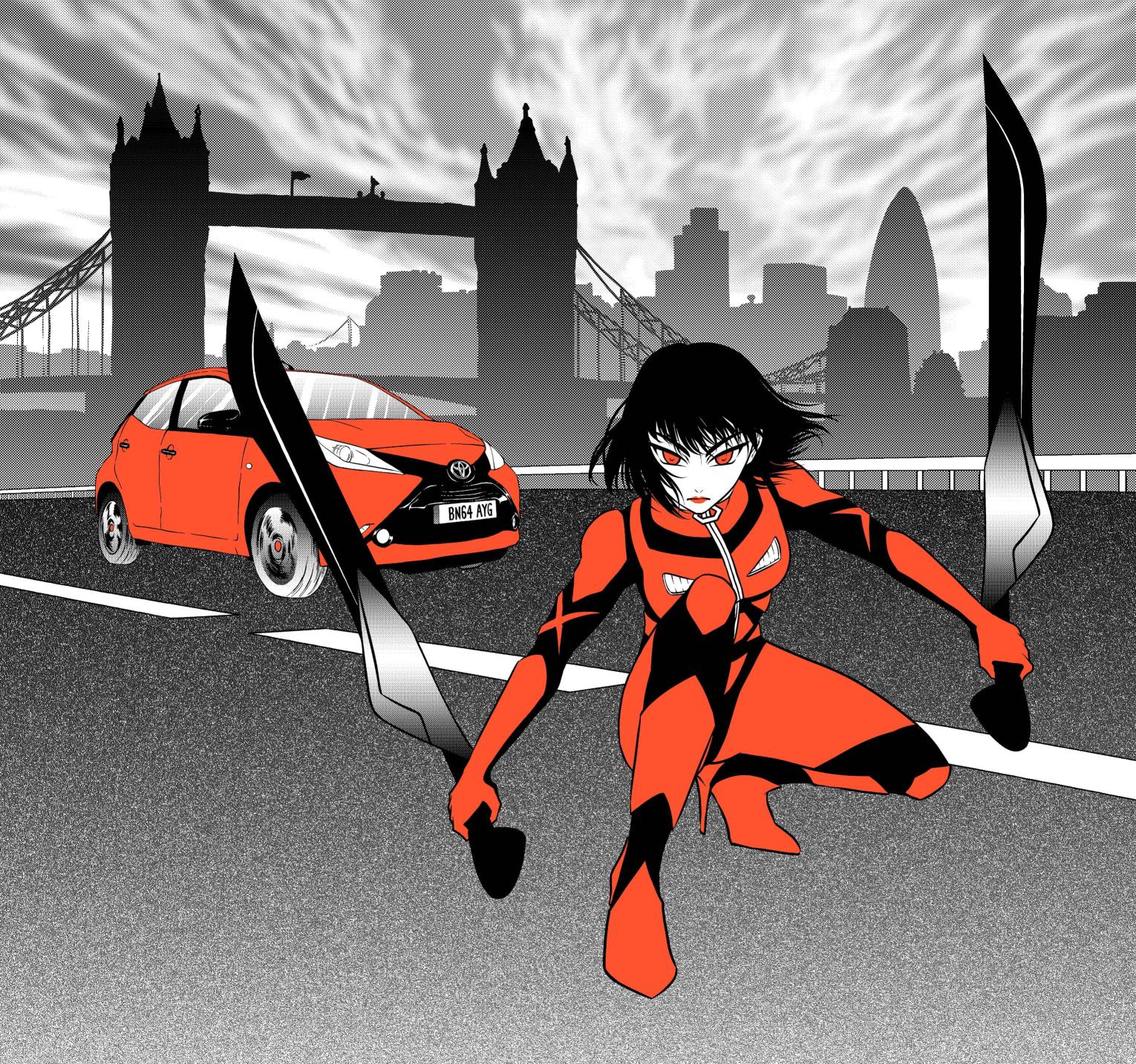 Aygo is all that stands between London and destruction this weekend, as Toyota launches an original Manga cartoon at the MCM London Comic Con. Leading Manga artist Sonia Leong has been commissioned to create an adventure story in which the superhero’s wheels are a truly one-off version of Aygo. The cartoon will be available as a free, limited edition giveaway on the Toyota stand at the show. Also featuring on the stand will be a short trailer for the upcoming animated version of the adventure, and model Leili Vals will be bringing the central character to life, complete with full size imitation swords. MCM London Comic Con is at ExCel in London Docklands from 24-26 October.