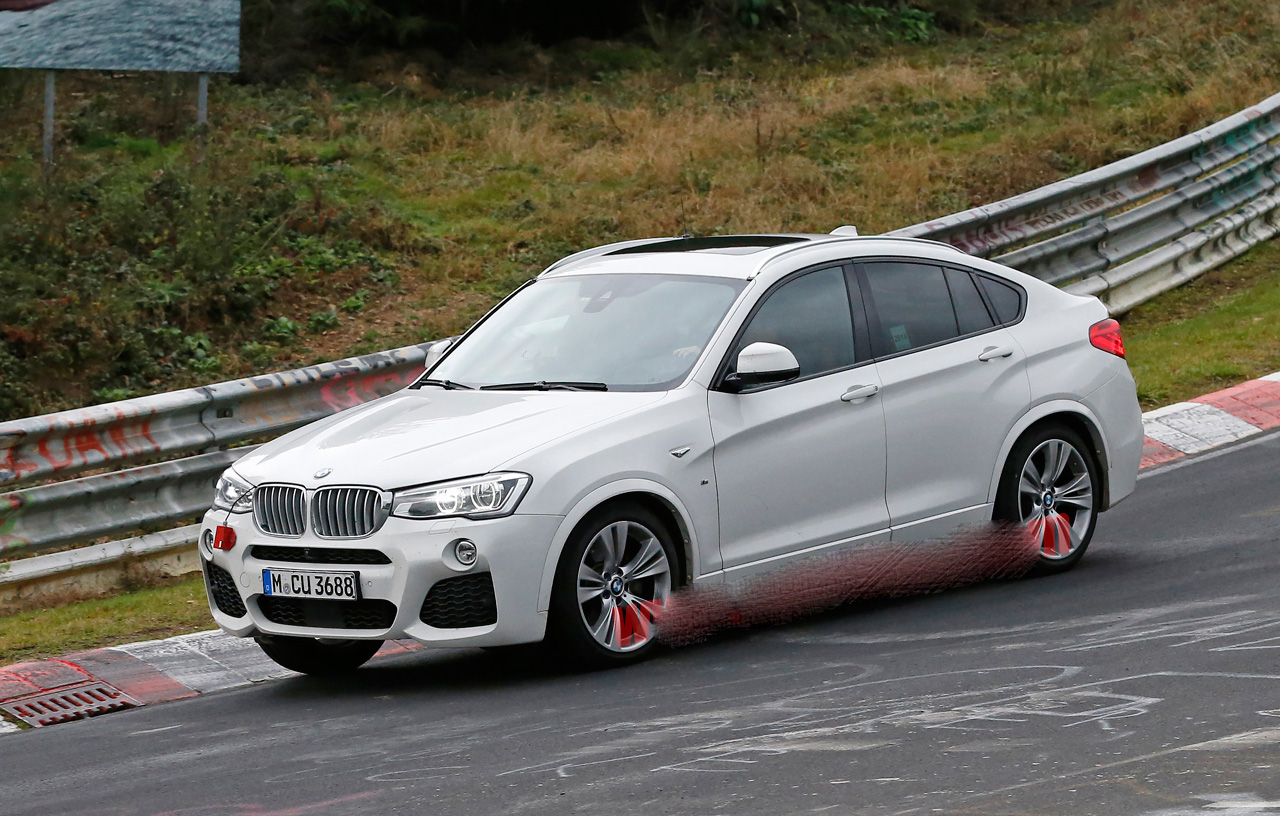 BMW looks like it is definitely going ahead with the X4 brans. It already has a xDrive 28i model as well as a xDrive 35i and now there looks to be a M40i as well/ This is what the spy photographers thought at least.

The car is a high performance model which is like many of BMW’s past models such as M235i. It is expected that the new car will use a 3.0 liter six cylinder engine which will be turbocharged and capable of 365-375 horsepower. The M models all have similar characteristics and this will have the same. These are larger wheels, aggressive body kit, firmer suspension and bigger brakes.

There are likely to be changes inside the car as well with seats that are more sporty and the steering wheel that is used on other M models. The car photographed has no camouflage which implies that the tests it was doing on the Nuburgring were some of its last.

It is expected that it will be in production before the end of the year. Therefore, if it is intended for sale in the US it could appear at the LA Auto Show.