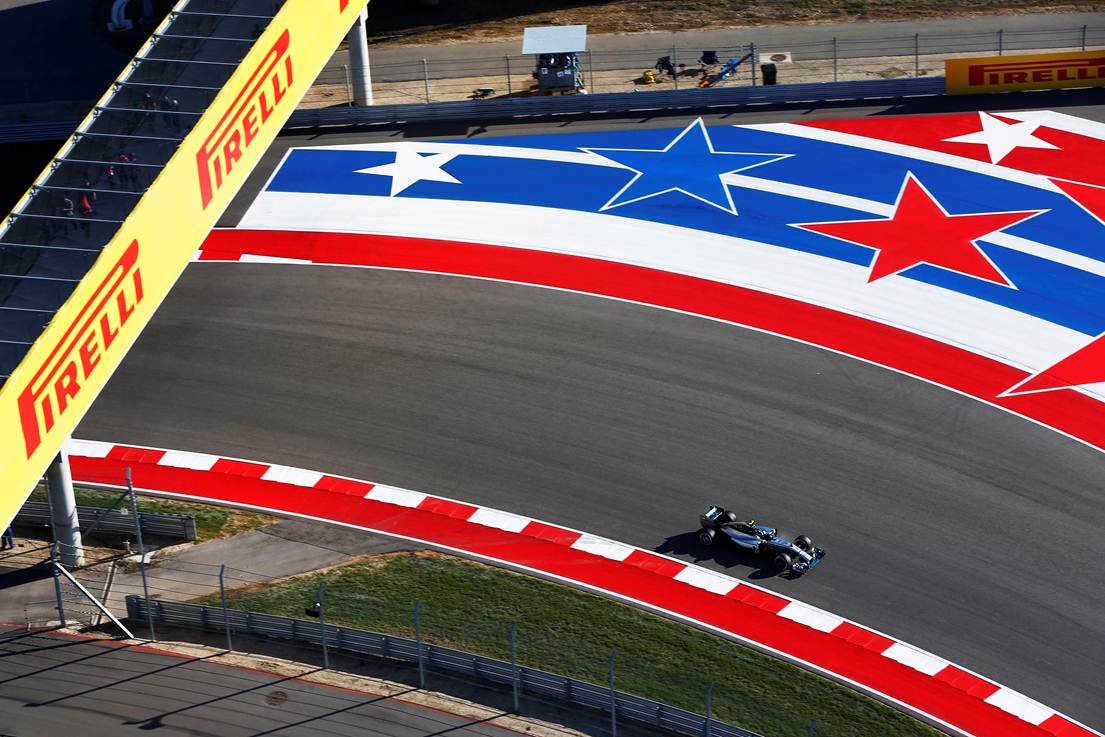 Using the P Zero Yellow soft tyres, Nico Rosberg set a pole position time at the Circuit of the Americas that was three tenths of a second faster than last year’s pole. Rosberg’s time of 1m36.067s, set right at the end of Q3, comfortably eclipsed the 1m36.338s pole position time in 2013, when the cars had bigger engines and more downforce.

With just 18 cars in the race qualifying took a slightly different format to usual, with four cars eliminated in Q1 and four more in Q2. Red Bull’s Sebastian Vettel elected not to run after Q1, because a penalty means that he will be starting from the pit lane in any case. The reigning world champion completed just one run on the soft tyres in Q1, meaning that he will have a full allocation of tyres for the race tomorrow.

Vettel will consequently be able to take advantage of a wide range of strategy options for the race tomorrow, with three stops being theoretically the quickest way. However, most drivers are expected to use a two-stop strategy: one stop more than the most popular choice last year (when medium and hard were nominated).

The final free practice session this morning was one of the coolest seen all season, with Lewis Hamilton edging out his team mate by eight-tenths of a second on new soft tyres.

Pirelli’s motorsport director Paul Hembery said: “If I had to describe qualifying in one word it would be ‘quick.’ The increased speed compared to 2013 comes not just from the softer compounds we are using this year, but also from the fact that the teams are really getting the most out of the cars as we approach the end of the season. As expected, thermal degradation is going to be one of the key factors here, which opens up a few different opportunities in terms of strategy. Nonetheless, we think that most teams will opt for two stops, although a ‘sprint strategy’ would favour a three-stopper. With the way that qualifying has panned out, we should be in for a very interesting race tomorrow.”

The Pirelli strategy predictor
A three-stop strategy is theoretically the fastest for the 56-lap race at the Circuit of the Americas, but the potential inconvenience is traffic – so it will only work for the fastest cars, which are able to overtake cleanly. The fastest strategy is: start on soft, change to soft on lap 12, soft again on lap 25 and then medium on lap 38. The fastest two-stop strategy is start on soft, change to medium on lap 14 and then medium again on lap 35. For those starting outside the top 10, who have the possibility to start on the medium tyre, a strategy that is almost as quick goes: start on medium, soft on lap 22, then medium again on lap 36. A long first stint on the medium has the advantage of gaining track position as those who start on softs go into the pits, then the middle stint on the soft tyre should give a speed advantage too.