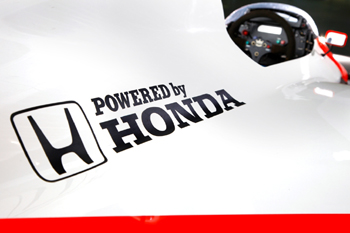 McLaren is taking the 90 minute trip from its Woking headquarters on Friday to Silverstone, where the new works Honda era will begin. A source at the British team told us this week that a decision about whether to take an interim 2014 car fitted with the Japanese carmaker’s all-new turbo V6 engine to Abu Dhabi has “not yet” been taken. The source was speaking after team boss Eric Boullier told a Spanish newspaper in Brazil: “We will take the decision in ten days but it (the debut) could be in Abu Dhabi.

“If we are not ready then we go to plan B or C,” the Frenchman added. Boullier was referring to the post-race Abu Dhabi test, set to take place in the days immediately after next weekend’s season finale, where it was expected the ‘MP4-29H’ would get its proper track debut. It appears that ‘plan A’ is indeed on track, with McLaren announcing on Thursday that it is “getting set for Silverstone tomorrow for a filming day”.

“We’ll be parading the interim Honda-engined MP4-29/1X1 and 2 classic McLaren-Hondas,” the team added on Twitter.

A number of filming days per team are exempt from F1’s testing ban, so long as the cars are running only uncompetitive promotional tyres. It is likely that Friday’s debut for the MP4-29H will be treated as a systems check for Abu Dhabi. McLaren said testers Oliver Turvey and Stoffel Vandoorne will be doing the driving. Germany’s Auto Motor und Sport said spectators and photographers will not be allowed to attend.