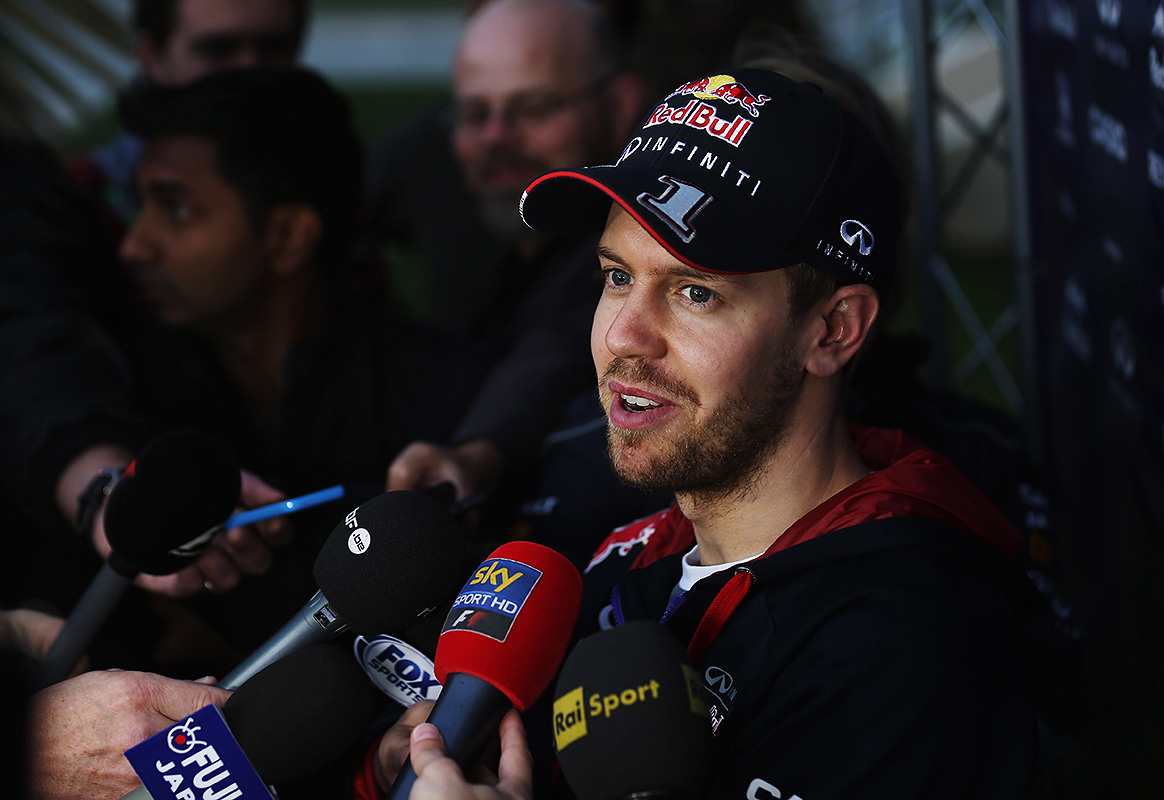 Sebastian Vettel has unofficially confirmed that he will be a Ferrari driver in 2015. At present, even though his switch from Red Bull to Ferrari has been signed and sealed for weeks and is an open secret in the paddock, neither side is able to actually announce it. That is apparently because of a contractual impasse between the Italian team and its current driver Fernando Alonso. But it is believed Alonso is currently en route to Woking, where he will sign his McLaren deal and open the door for Ferrari to finally confirm Vettel’s impending arrival. The German driver may have already jumped the gun. In Brazil, the Italian broadcaster Sky reportedly gave Vettel a fun questionnaire to test his grasp of the Italian language.

The first question was: “Sebastian Vettel is”, and the 27-year-old completed the sentence with the hand-written answer “A driver for Scuderia Ferrari”. Nonetheless, Ferrari is not ready to lift the lid on the news officially.

At the presentation of the new Fiat 500x this week, Ferrari’s new president Sergio Marchionne reportedly told Italian media: “Will we (Ferrari) announce the future strategy at the Abu Dhabi grand prix? I don’t know. It is important first to finish the last race. It was a tough year and Sunday at Interlagos was not a good day”.

It does appear, at least, that Kimi Raikkonen will be Vettel’s 2015 teammate, despite a season of struggle for the Finn alongside Alonso. Team boss Marco Mattiacci has been quoted as hailing Raikkonen’s performance in Brazil, where he finished seventh, just behind Alonso. Italian reports quote Mattiacci as saying Raikkonen’s weekend at Interlagos was “fantastic” and “extremely positive”.

“Kimi is a great professional,” he added, “and does not need any kind of pressure to do well. We work very well together, and Raikkonen is one of the best drivers out there. We are building our future together step by step,” Mattiacci insisted.