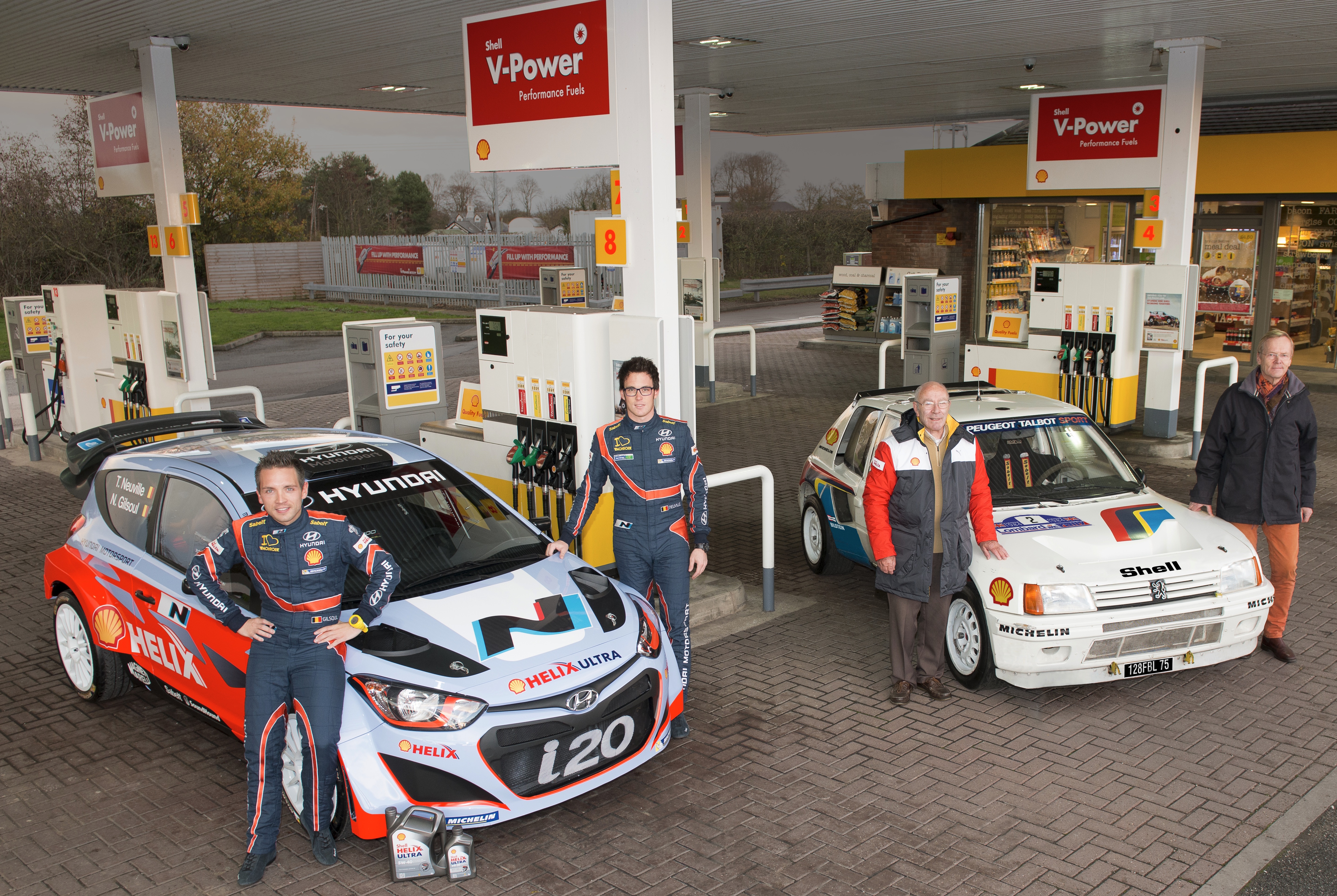 Shell has welcomed 1981 world champion Ari Vatanen to the Wales Rally GB, Britain’s round of the FIA World Rally Championship (WRC), taking place last weekend (November 14-16 2014). Hyundai Shell World Rally Team driver Thierry Neuville, together with his team-mate Nicolas Gilsoul and their Hyundai i20 WRC, joined with their illustrious predecessors for a unique photo opportunity before this year’s Wales Rally GB got underway.
Finnish ace Vatanen has been reunited with his British co-driver Terry Harryman to celebrate the 30th anniversary of their victory on British soil in the iconic Peugeot 205 T16. In 1984 Vatanen’s Peugeot team enjoyed a Technical Partnership with Shell to develop the small but mighty 205 T16 into the defining car of its era, winning both the Drivers’ and Manufacturers’ championships in 1985 and 1986. In 2014 Shell has returned to the forefront of international rallying as Title Sponsor and Technical Partner of the Hyundai Shell World Rally Team, its Hyundai i20 WRC cars using Shell Helix Ultra motor oil and featuring Shell Helix branding. Wales Rally GB marks the end of the partnership’s first season, which has seen the team amass four podium finishes so far – including a stunning 1-2 result at the Rally Germany in August. As well as celebrating Shell’s long history of technical partnership with some of the world’s most successful competition teams, Ari Vatanen’s presence on the 2014 Wales Rally GB will see his career celebrated as the first official ‘Rally Legend’ of the event – what will become an annual award to the sport’s greatest veterans.
“It goes without saying that it is an honour to be the first person to be selected as ‘Rally Legend’,” Vatanen said. “It proves that the links I have with this event and this country are reciprocal. I have always been made to feel at home by British fans and I hope when we competed I always put on a good show.”