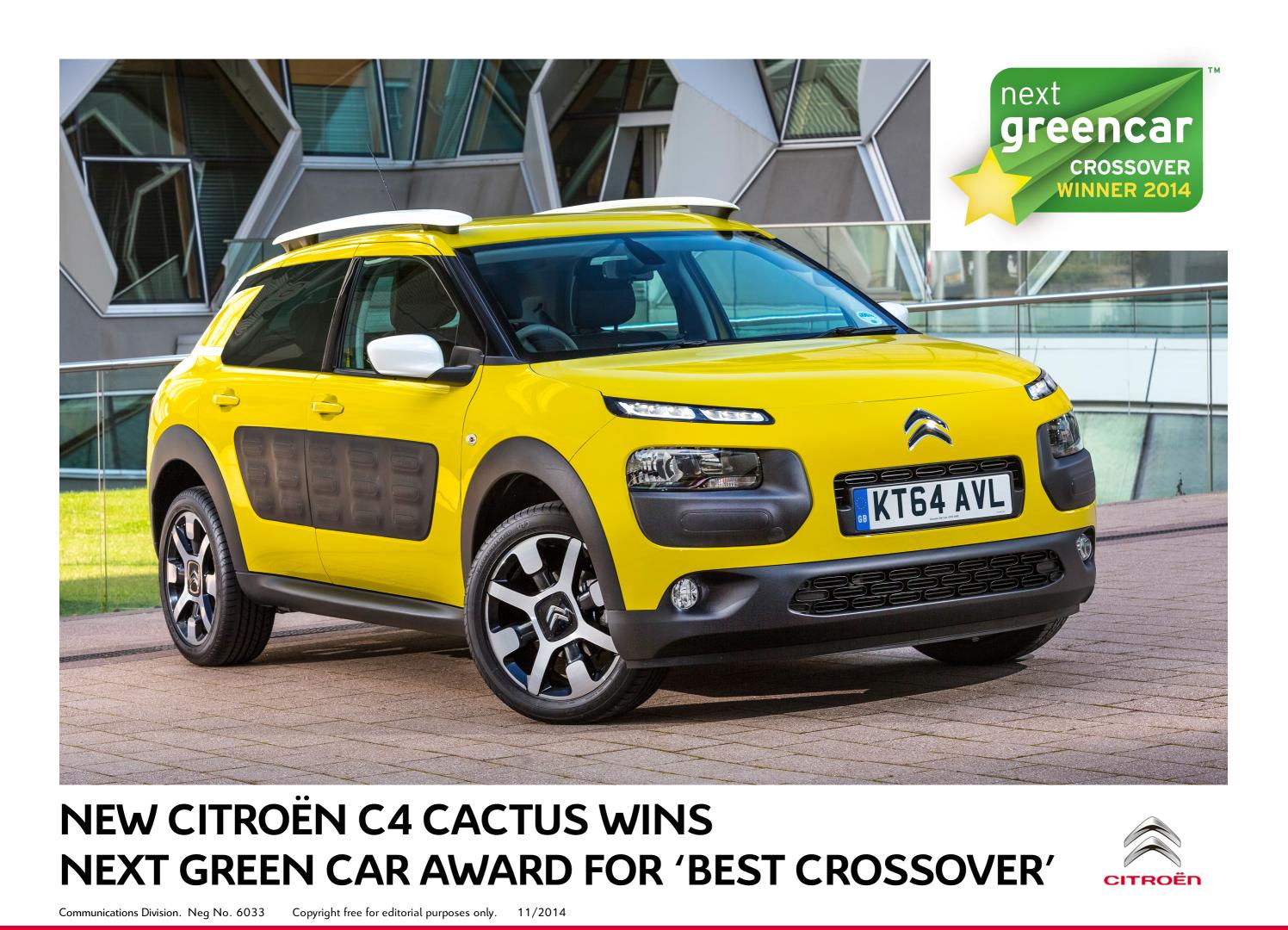 Just two months after its successful UK launch, the New Citroën C4 Cactus has won the ‘Crossover’ category in the 2014 Next Green Car Awards. The New C4 Cactus beat rivals such as the Kia Soul EV, Skoda Yeti and Nissan Qashqai to the sought-after prize. Designed to reduce the cost of ownership throughout the life of the vehicle, the C4 Cactus’ multi-award-winning features include a lightweight design, Airbump technology, impressive fuel economy of up to 91.1mpg and CO2 emissions from just 82g/km with the BlueHDi 100 engine.

The Next Green Car judges concluded that “with its distinctive looks, the Citroën C4 Cactus will get you noticed. It’s also a pleasure to drive, is zero car-tax rated and is the most frugal car in its class.”

James Parfett, Communications Director at Citroën UK, said; “We’re delighted that the New Citroën C4 Cactus has topped the Crossover category in this year’s Next Green Car Awards. This car reflects Citroën’s new design philosophy, with its striking good looks; focus on occupant comfort; all the latest user-friendly technology and its low cost of ownership. We are very proud of the advances made with the C4 Cactus and are honoured that the Next Green Car judging panel has chosen to recognise the brand’s achievements with this prestigious award.”