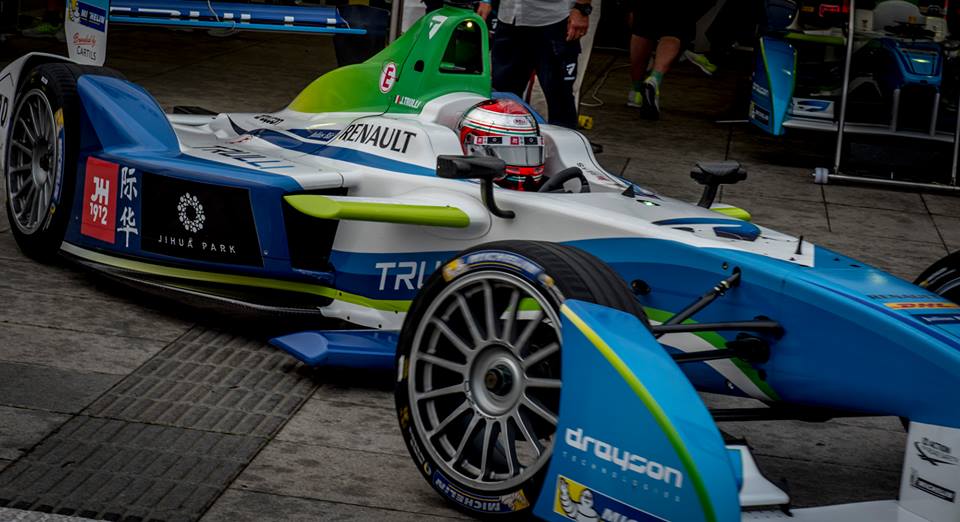 In the second Formula-E race in the inaugural season in Putrayaja, Malaysia, both Trulli drivers were off to a good start. Unfortunately Katherine Legge miscalculated a corner and took out Michela already in Lap 1. Jarno drove into podium position straight away and was chasing pole behind Servia and Bird. However, Jarno’s excellent driving skills weren’t enough to carry him throughout as issues later in the race eliminated the chance of podium.

Michela Cerruti, 18: “I had a good start in the race so of course I’m disappointed about the unnecessary crash in L1, but it’s racing and it happens.  It’s a shame about the result as we showed good potential. So now we move on and focus on getting some points in Punta Del Este where we hopefully will have a good race.  It’s been very nice to race here with all the passionate people and I hope I get the chance to race here again in the future.  I’d like also like to thank the fans, the support we get from you is phenomenal.”

Jarno Trulli, 10: “I had a very good start, by the first corner I was already third and fighting at the front. After that I made a nice move on Seria, managing to overtake him as he was breaking into the second corner and then I was on to follow Bird. Almost directly after the second safety car restart I found out I got a drive through penalty as apparently I had exceeded the 150kW limitation. After the race, our investigation showed that I had accidentally selected the wrong map – the power boost map – whilst changing the setting on the steering wheel during the safety car period. However, this didn’t give me any race advantage because of the safety car. It was an easy

podium, and a good weekend so far, but unfortunately things went wrong in the end. It’s shame. I would like to personally thank the Malaysian Prime Minster, Najib Razak, who stopped by on the grid to say hello. I have known him for a very long time as I used to race for a Malaysian team and really appreciate him taking time to come by.”

Lucio Cavuto: “Michela had a brilliant start but her race was unfortunately broken by an optimistic maneuver by Katherine Legge. The condition of Michela’s car after the crash made it impossible for her to continue the race. Jarno was the real protagonist of the race. From the start he was brilliantly positioned in the front, but suddenly we received a drive through penalty as we apparently had gone over the 150kW that’s allowed and this affected the final result. We are very sad as we let down the fans that came to cheer us on, as we value their support very much. Never the less, we showed that it’s very important for us to be on front row. It’s a matter of continuing to try hard and evaluate our work. A big thank you to the organizer and the Malaysian government. They have received us with a very well organized event, and we are looking forward to coming back to Malaysia next year.”