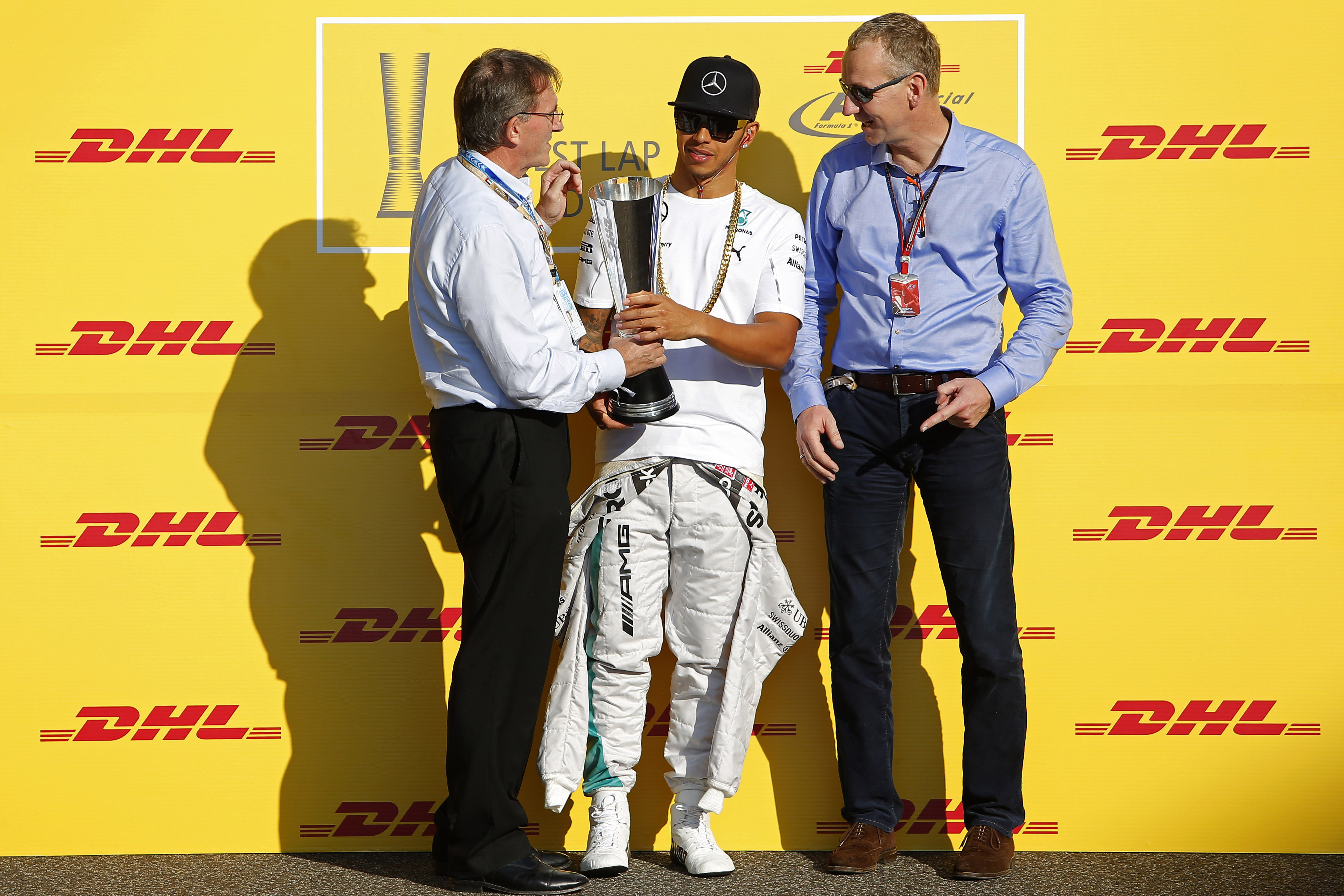 DHL, the world’s leading logistics group and Official Logistics Partner of Formula 1®, awarded Lewis Hamilton as the winner of this year’s DHL Fastest Lap Award at a special ceremony during the 2014 FORMULA 1 ETIHAD AIRWAYS ABU DHABI GRAND PRIX on November 23 Hamilton, won the award a nose ahead of Nico Rosberg.

“I am very proud to receive the DHL Fastest Lap Award after such a successful season for the whole of our Mercedes-Benz team. We have enjoyed an amazing season with our incredible Silver Arrows car and have broken some records on the way, too. We don’t get any extra points for fastest laps – but it’s always a proud moment when you see that you set the fastest time. I’m very proud to accept this fastest lap trophy – but hope that it’s just the first big trophy I will get my hands on today…” laughed Lewis Hamilton.

This is the first time that Hamilton and the MERCEDES AMG PETRONAS Formula One™ Team have won the Award. The DHL Fastest Lap 2014 Award was handed over by Ken Allen, Chief Executive Officer DHL Express, at a special handover ceremony. “We are very proud to hand over the DHL Fastest Lap Award to Lewis Hamilton for the very first time. The fastest lap in a race is a special challenge and a result of speed, dedication,

teamwork and experience. All these characteristics are very important to us as well”, said Ken Allen.

Hamilton joins Kimi Räikkönen, Fernando Alonso, Mark Webber and Sebastian Vettel, who secured the trophy in previous years. Since 2007, the DHL Fastest Lap Award defines a new standard of speed, honoring the driver with the greatest number of fastest race laps during a FIA Formula One World Championship™ season.