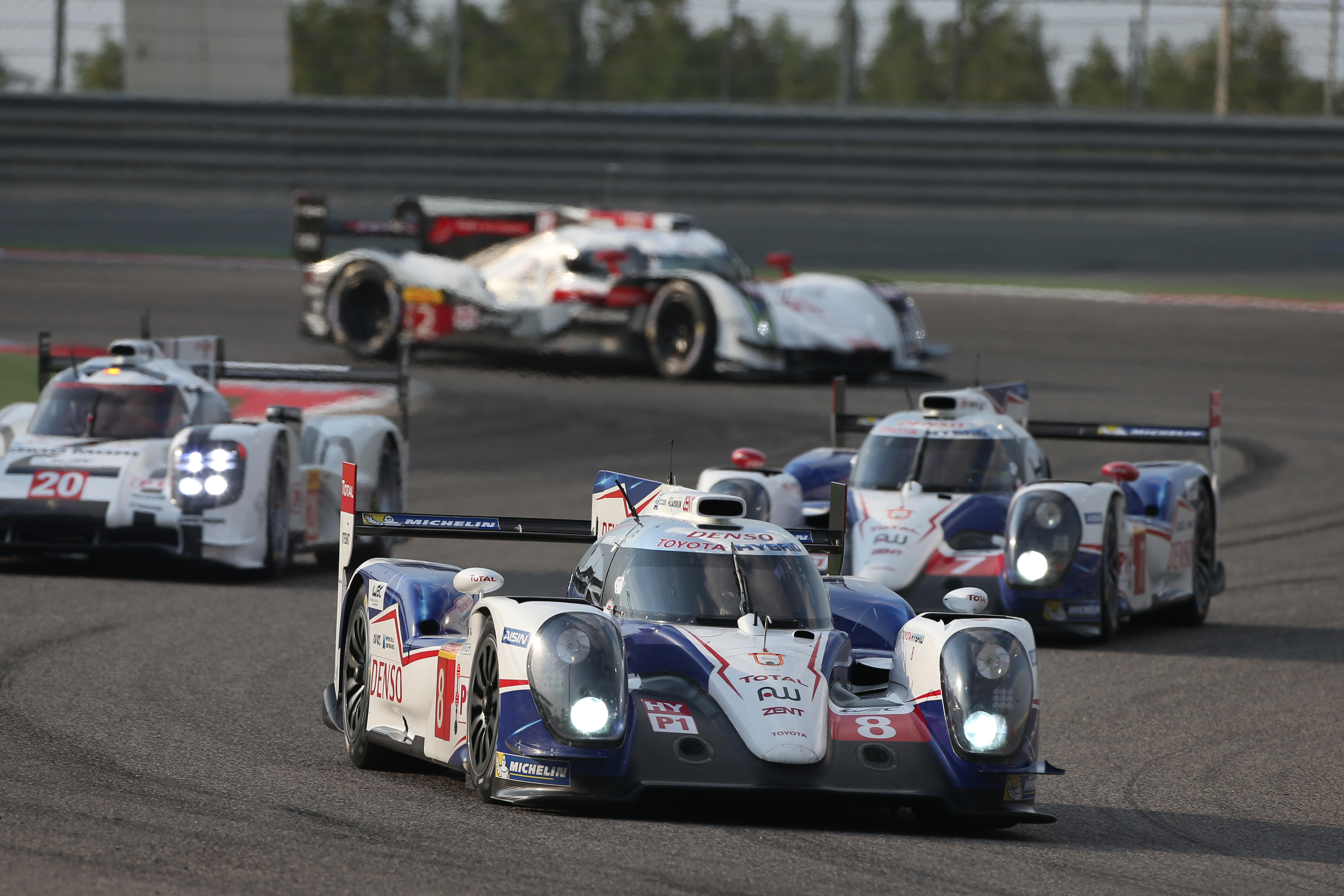 TOYOTA Racing heads to Brazil this weekend on the verge of securing the FIA World Endurance Championship title in the season-ending Six Hours of Sao Paulo at Interlagos. Anthony Davidson and Sébastien Buemi, driving the #8 TS040 HYBRID, already won the drivers’ World Championship at the penultimate race in Bahrain just over a week ago and the team stands on the brink of an historic triumph. TOYOTA, seeking to become the first Japanese winners of the World Endurance Championship in any of its guises since its inception in 1953, leads the manufacturers’ World Championship by 40 points with a maximum of 44 available in Brazil.
Kazuki Nakajima was scheduled to return to the cockpit of the #7 TS040 HYBRID, having missed the Bahrain round due to his Super GT commitments.  However, due to difficulties to obtain the correct working visa, which are out of TOYOTA Racing’s control, Kazuki is unable to participate in Sao Paulo. In his absence, Alex Wurz and Stéphane Sarrazin will again be partnered by Mike Conway. The trio won the Bahrain race together in the #7, making it three consecutive race wins for the team and five out of seven races this season.

Interlagos has already been the scene of celebrations for TOYOTA Racing in the recent past. The #7 took the team’s maiden pole position and victory there in 2012, in just its third race. However, chances of a repeat last year were dashed early in the race when the #8 was hit by an LMP2 car and forced to retire. Action at Interlagos begins on Friday with the first official practice sessions (13.00-14.30 and 17.30-19.00) while Saturday sees final practice (10.00-11.00) and qualifying (15.20-15.45). The six-hour race starts on Sunday at 13.00.
Yoshiaki Kinoshita, Team President: “Our task in Brazil is clear; we want to win the manufacturers’ World Championship. We are in a very strong position in the standings but until the chequered flag falls in Brazil, we cannot take anything for granted. Interlagos is a track which has suited us well in the past and I have particularly happy memories of winning our first race there two years ago. I hope we can enjoy some more celebrations on Sunday night but before we think about that, we will be giving everything, as usual, to perform strongly again in the race.”