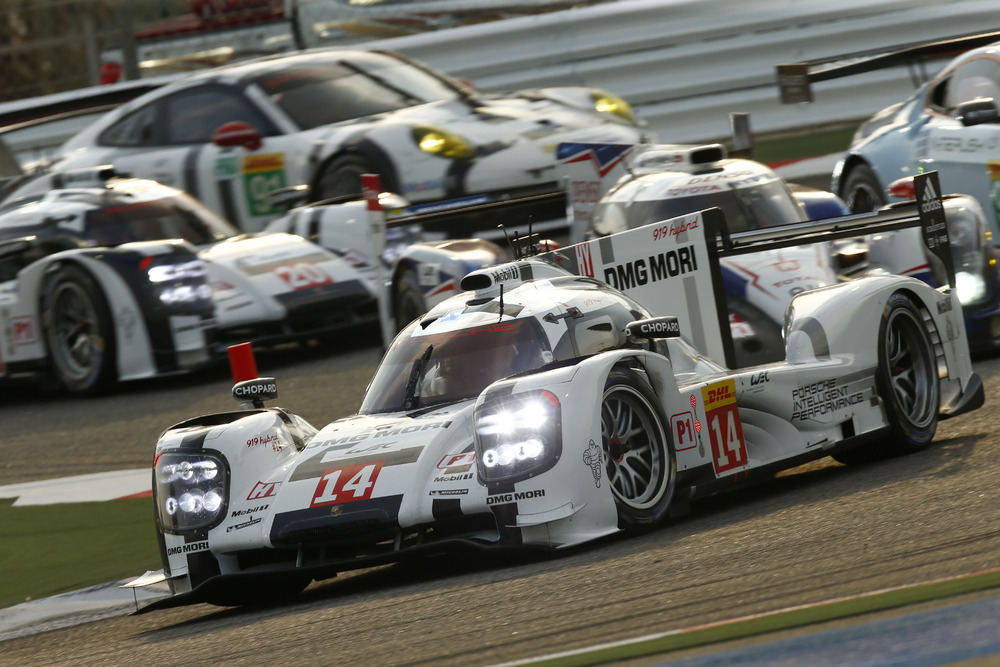 Porsche claimed the first victory of its top-flight sportscar comeback at the Interlagos World Endurance Championship finale, while its second car was in a dramatic accident involving Mark Webber. Neel Jani took the chequered flag to seal the victory for the #14 Porsche 919 Hybrid he shared with Marc Lieb and Romain Dumas behind the safety car after Webber’s late crash.

Webber, who was running sixth at the time, lost control of the #20 Porsche at the flat-out Turn 14 left hander that leads into the start-finish straight and backed into the wall. The accident happened with 26 minutes of the race to go, but the time taken to extract Webber from the car and clear up the wreckage of a shunt that also involved the AF Corse Ferrari driven by Matteo Cressoni meant there was no time for a restart. Webber, who was able to talk to his team on the radio immediately after the accident, was taken to the circuit medical centre for evaluation.

Jani held a lead of 14.8 seconds ahead of the chasing Toyota TS040 HYBRID driven by Anthony Davidson when the yellow flags were brought out. The race had been set for a grandstand finish after Porsche opted not to change tyres when Jani made his final pitstop with 50 minutes to go, whereas Toyota gave Davidson a fresh set of Michelins when he stopped 10 minutes later. Davidson, who shared the #8 Toyota with fellow world champion Sebastien Buemi, reduced the gap from 17s to just over 13s before Jani stabilised it at around 14s prior to the safety car being deployed.

Jani said: “I was part of the first pole for Porsche on its comeback and now the first win, so I am very proud — this is what I was dreaming of when I joined.” He was confident that he would have been able to win the race had not the safety car been called. “It was looking OK,” he added, “when I was in free air I could do good times.”

Nine-time Le Mans 24 Hours winner Tom Kristensen finished his career with a podium aboard the #1 Audi R18 e-tron quattro he shared with Lucas di Grassi and Loic Duval. He came under pressure from Stephane Sarrazin in the second Toyota, shared with Alex Wurz and Mike Conway, before re-extending his lead to over three seconds when the safety car came out.

Fifth place behind the Toyota went to the second Audi of Benoit Treluyer, Andre Lotterer and Marcel Fassler, which lost more than 40s on the opening lap after an

electrical glitch that followed a tap from an LMP2 car. Second and fourth places for Toyota were more than enough to secure the LMP1 manufacturers’ title.