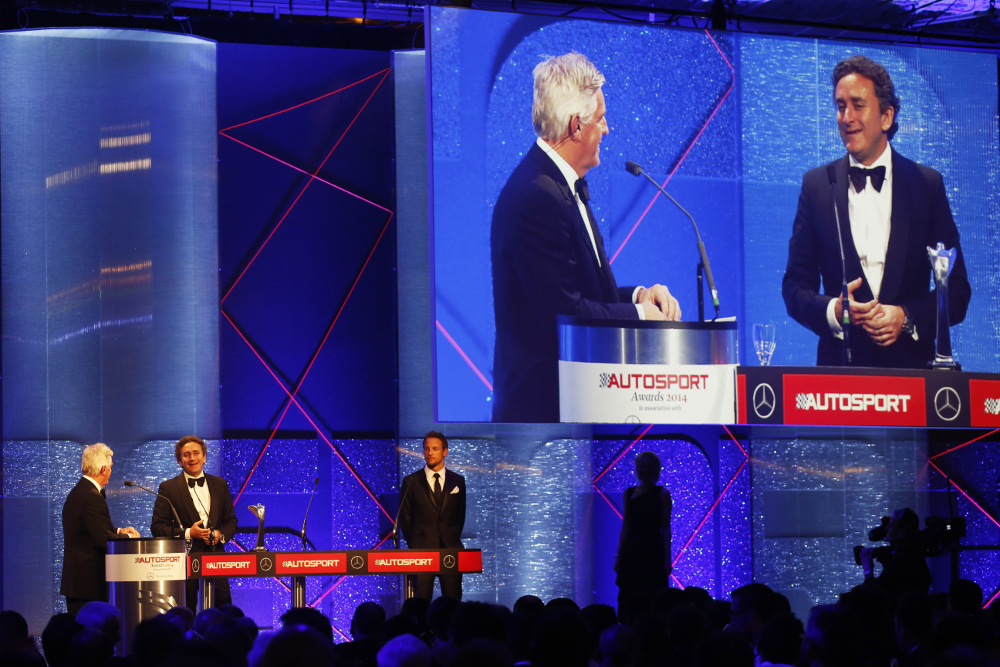 The FIA Formula E Championship was awarded the prestigious Pioneering and Innovation Award at the world-famous AUTOSPORT Awards last night. Held at London’s five star Grosvenor House Hotel, the world’s first all-electric single-seater championship joins an illustrious list of winners of the Award, which include the SAFER barrier system, the HANS driver safety device and the Nissan GT Academy.

The black tie event is one of the most celebrated evenings in the motorsport calendar attracting a host of past and present motorsport stars including newly-crowned Formula One World Champion Lewis Hamilton.

Formula E’s CEO Alejandro Agag who accepted the award said: “It is a huge honour to be receiving this award. Many people in motorsport, when we started Formula E, didn’t think we would make the first race. To announce we were doing a championship with cars that didn’t then exist was a real challenge. But after that first race in Beijing, everything worked. We were a bit of a strange thing, with no noise, with being all-electric. But we’ve had so much help from the world of motorsport.”