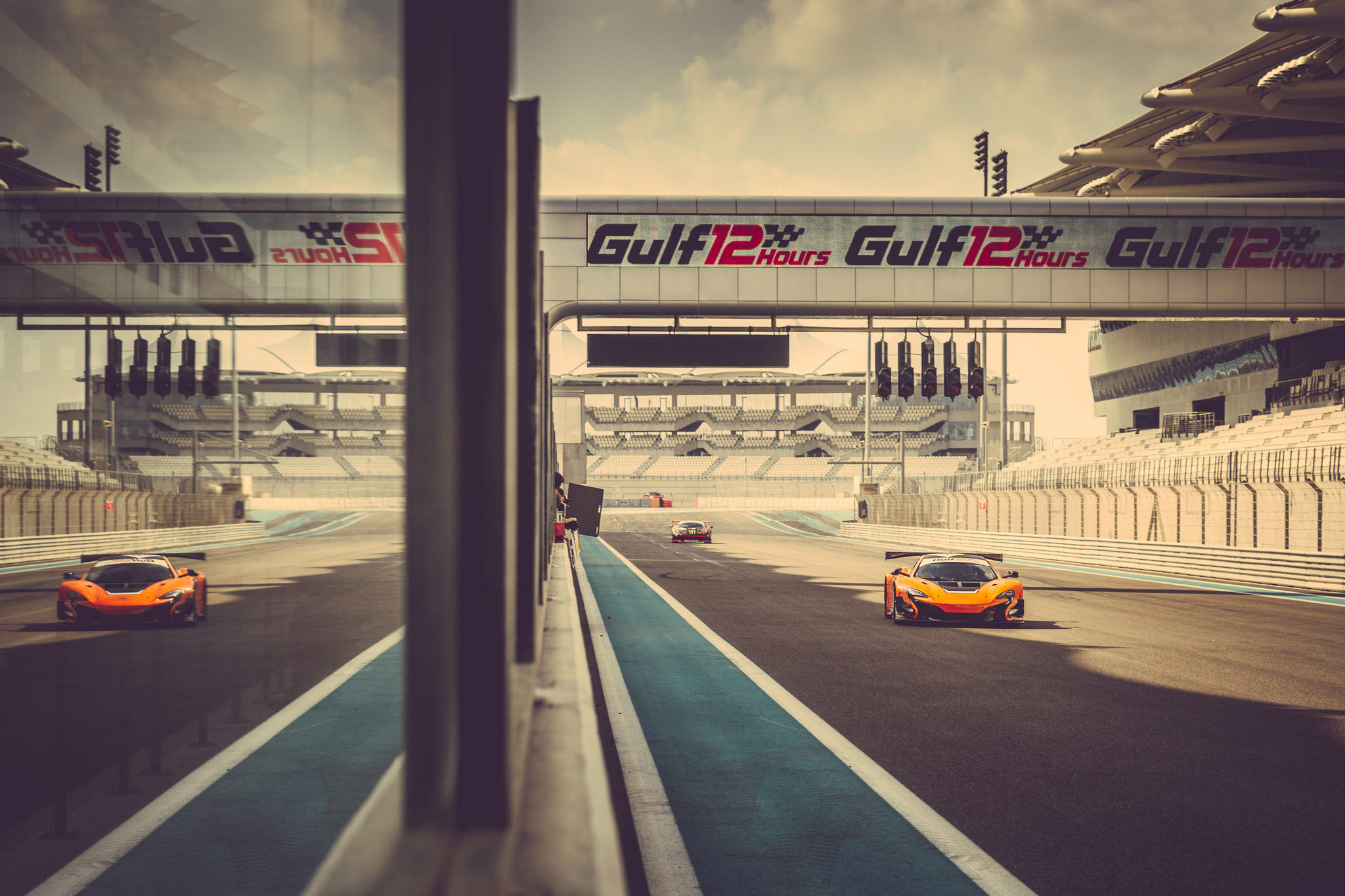 The 650S GT3 secured a hard-fought podium finish at the 2014 Gulf 12 Hour endurance race at Yas Marina Circuit over the weekend, signing off a successful and competitive year for McLaren GT.  The works factory-run effort entered two cars as part of the final stages of the intensive development programme for the 650S GT3, bringing both cars home after a gruelling 12 hours of hard racing, finishing 3rd and 12th overall. This first competitive outing underlines the performance and reliability of the latest GT model from McLaren ahead of a wider racing schedule in 2015.

The works driver line-up of Rob Bell (GB), Kevin Estre (FR) and Alvaro Parente (PT) showed a glimpse of the 650S GT3’s potential during the three phase qualifying session, securing pole position against a highly competitive and experienced grid.  This result echoed the success of the 12C GT3, which scored a pole position on its debut at the Spa-Francorchamps circuit in 2011.

Split into two separate six hour endurance races, the Gulf 12 Hour is a true test of endurance for each car, driver and team taking part. The McLaren GT works driver line-up of #59 traded the top three places throughout the duration of both six hours events, with each of the works drivers among the quickest during each stint. As the chequered flag fell after six hours, #59 lay in 3rd while #60 was 9th in the Pro-Am class, 18th overall.

Having battled for 2nd place during the middle period of the race, Bell regained the lead going into the final two hours, to set up a grandstand finish. The closing stages saw Estre retake the lead after being consistently the quickest man on the track. As he pitted, the top three were separated by less than a minute and, as Parente strapped himself in, the only safety car period of the race ensured that the final 30 minutes would be nail-biting for each team. With the clock ticking down, the Portuguese driver chased down the leaders, making his way past back markers who were involved in their own battles lower down the field, and brought the #59 home after 315 laps, just 5.741s behind the race winner.

Pro-Am trio of Peter Kox (NL), Nico Pronk (NL) and Gilles Vannelet (FR) showed consistently strong pace throughout both races in the silver, red and black #60, working their way back up the standings after a routine pitstop saw the car rolled into the garage for precautionary checks during the opening race. Despite losing ground to the other cars in the Pro-Am class, the car then ran faultlessly for all three drivers, recovering well to claim 9th in class, and P12 overall.

Mike Flewitt, Chief Executive Officer, McLaren Automotive: ‘A pole position and podium finish is a great end to the 2014 season, and really strong way to start the competitive life of the 650S GT3.  As with the 650S road car, the focus during the development programme for the 650S GT3 has been improving all areas of driver engagement and refinement, with the true performance accessible to a wider range of abilities for drivers at any level on the grid. This result is true testament to the team, both at the race and back here in Woking, with the cars proving reliable and competitive in both the Pro and Pro-Am categories.’

Andrew Kirkaldy, Managing Director, McLaren GT: ‘What a fantastic race! Both cars were on the pace, and competitive in class, and it really went down to the wire. There were close battles all the way through the field, and the last few hours were some of the most exciting racing you could wish for. For us, this event was the final stage in a rigorous development plan designed to push the cars to the limit before deliveries to customers for the 2015 season, so it is a real credit to the teams that we brought both cars home with no issues. To secure a podium with the 650S GT3 on its debut is a huge bonus for us. We would like to thank the race organisers for welcoming us to the event, and we will hopefully be back next year with some of our customer teams running.’