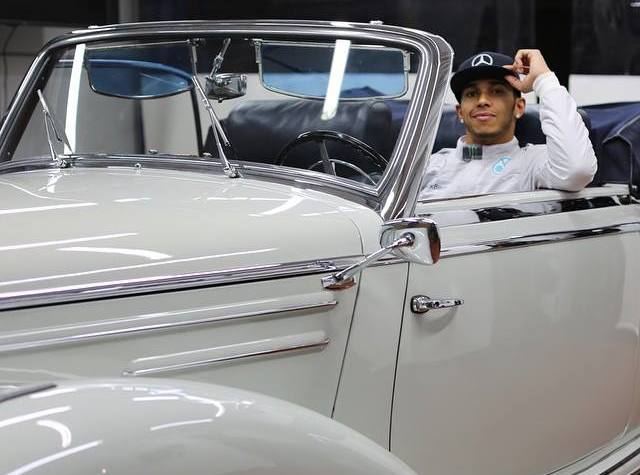 Lewis Hamilton has taken home yet another plaudit after winning his second drivers’ title in 2014. A coveted award in Europe is the

Polish press agency’s Sportsman of the Year, in which 18 similar sports news services cast their votes. In 2014, it is Mercedes driver Hamilton who secured the prize with 82 points, in front of German goalkeeper Manuel Neuer’s 81 and tennis’ Novak Djokovic coming in with 74 points. In fourth place was Cristiano Ronaldo, with 72 points.

Alex Zanardi, the former F1 driver who has inspired millions with his feats in the wake of his 2001 crash and injuries, said F1 crowned the deserving champion in 2014. “I am not talking about the car, I’m talking about the driver,” he told the Ferrari insider Leo Turrini’s Quotidiano blog. “In my opinion, Hamilton is the best of anyone who drives a car at the moment. Perhaps the only one who comes close to him in absolute terms is Alonso,” said Zanardi.

As for Sebastian Vettel, the now former four-time world champion and Ferrari’s new driver, Zanardi is less convinced. “I think Vettel is a great driver,” he said, “but maybe not at the level of Hamilton or Alonso. However, we are talking about a very, very competitive driver who is going to Maranello with the right spirit. Apart from the

car, which of course is important, it will be interesting to see how Vettel and Raikkonen will go in 2015 in reaction to their latest experiences. In 2014, Seb was beaten by Ricciardo, and it was the same with Kimi compared with Fernando. How will the new Ferrari couple do with a car that we are told will not be on top? It will be very interesting to see their performance”.