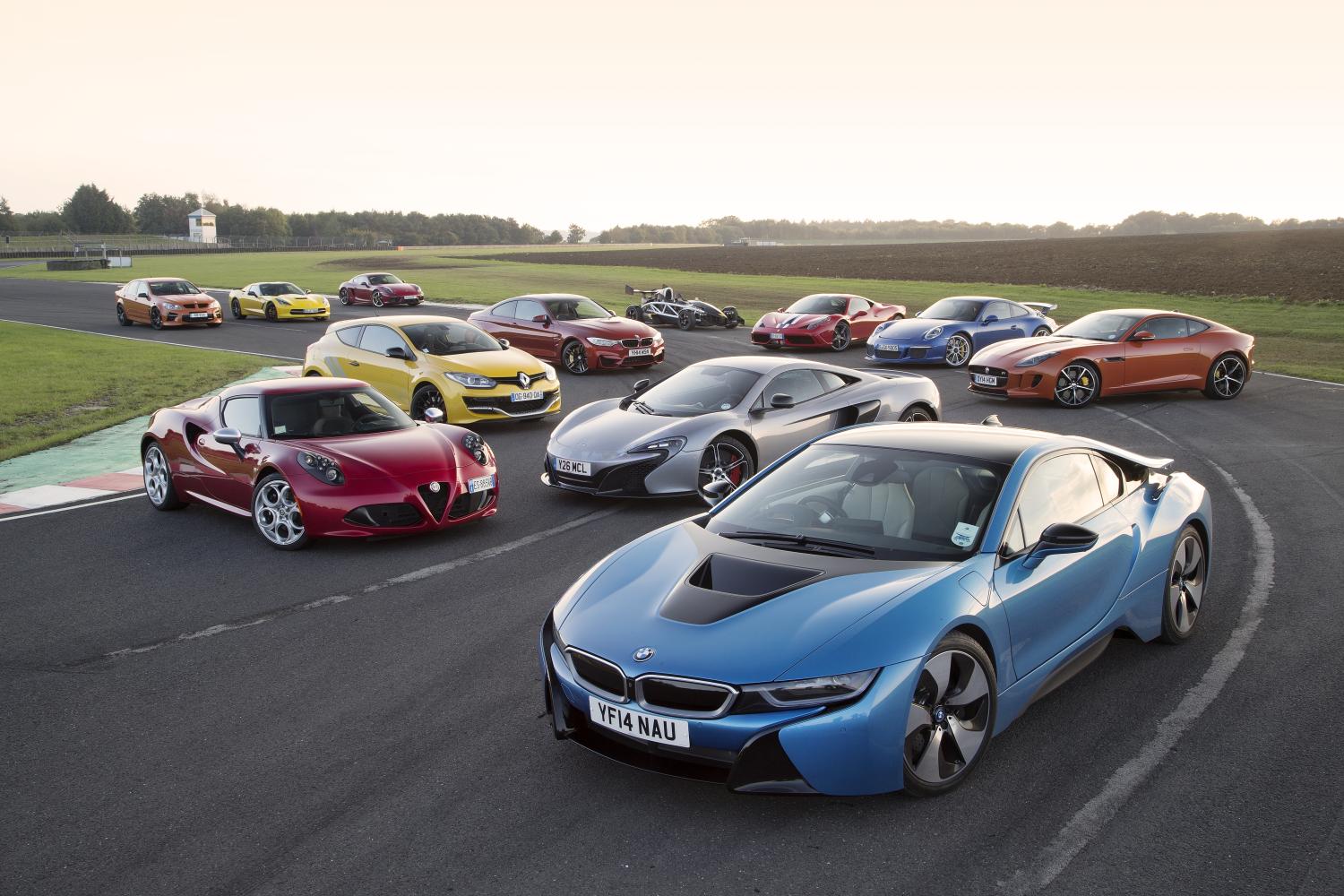 Breaking up the cold spell of winter and the long F1 and BTCC off-seasons, enthusiasts can start 2015 in style at the Performance Car Show at Birmingham’s NEC, where a host of the latest road-going supercars, classic icons and World Championship winners will be displayed on 8-11 January. Attended by 82,000 people in 2014, the Performance Car Show presented by Landsail Tyres in association with Autocar and PistonHeads is held alongside Europe’s largest dedicated motorsport show, Autosport International. With a host of special collections spanning the best of four-wheeled performance, fans will see amazing machinery at every turn. Some, though, simply can’t be missed.

With only 499 in production, the LaFerrari is a statement of intent from the legendary Italian manufacturer. Packed with F1-derived technology, the 950bhp hypercar combines a V12 engine with a Kinetic Energy Recovery System.

Driven by Lewis Hamilton to win the FIA Formula 1 World Championship, the dominant Silver Arrows won 16 of the 19 races in 2014 and will lead a showcase displaying the pinnacle of motorsport on the F1 Racing Grid.

Another sensational supercar as McLaren puts its Formula 1 expertise on the road, the 650S covers 0-60mph in under three seconds and hits a top speed of 207mph.

The 602bhp Huracán accelerates from 0-62mph in 3.2 seconds, befitting of Lamborghini’s description as the new benchmark for luxury super sports cars.

One of the greatest supercars ever created and the first production car to break the 200mph barrier, the legendary F40 was built to celebrate Ferrari’s 40th anniversary.

One of the best from the Group C era of the 80s and early 90s, the 950bhp C11 was driven by the likes of Michael Schumacher and won eight of its nine races in the 1990 World Sportscar Championship.

Top of the locals in Britain’s Best Driver’s Cars, finishing second to the 458 Speciale, the latest instalment from Ariel is a 350bhp, 550kg rocket.

Another homegrown success story, Radical is unveiling its most-powerful and advanced racer yet, the 440bhp SR8 RSX.

Launched at the very first Autosport International in 1991 and with only 50 ever produced, the V12-powered XJR15 was the first fully carbon-fibre road-car.

Not your average Citroën, this is the flame-spitting, 600bhp monster Petter Solberg drove to win the 2014 FIA World Rallycross Championship.

The very first sportscar from Zenos Cars, the lightweight E10 was launched at the 2014 show and Zenos is back this January with the new, 250bhp E10 S.

Representing the future of motoring, as a revolutionary yet accessible hybrid supercar, a three-cylinder turbo engine combines with an electric motor to produce 357bhp.

Exclusive Performance Car Show features include the Autocar Supercar Display, Pie and Piston Pub by PistonHeads.com and the opportunity to see a selection of winners from the prestigious What Car? Awards 2015, just hours after the winners are named. A group of category victors will be on display and appear in the Live Action Arena, the UK’s largest indoor racetrack, along with finalists from Autocar’s Britain’s Best Driver’s Cars.

Every level of motorsport will be in the spotlight within Autosport International, led by the F1 Racing Grid, Dunlop MSA British Touring Car Championship showcase and a new Track Icons and Wild Road Cars feature in association with Classic & Sports Car Magazine and Silverstone Classic.

Tickets to the Performance Car Show presented by Landsail Tyres in association with Autocar and PistonHeads.com are available from £32 for adults, with children’s tickets priced from £21 and children under five years admitted for free. For tickets, visit www.performancecarshow.com