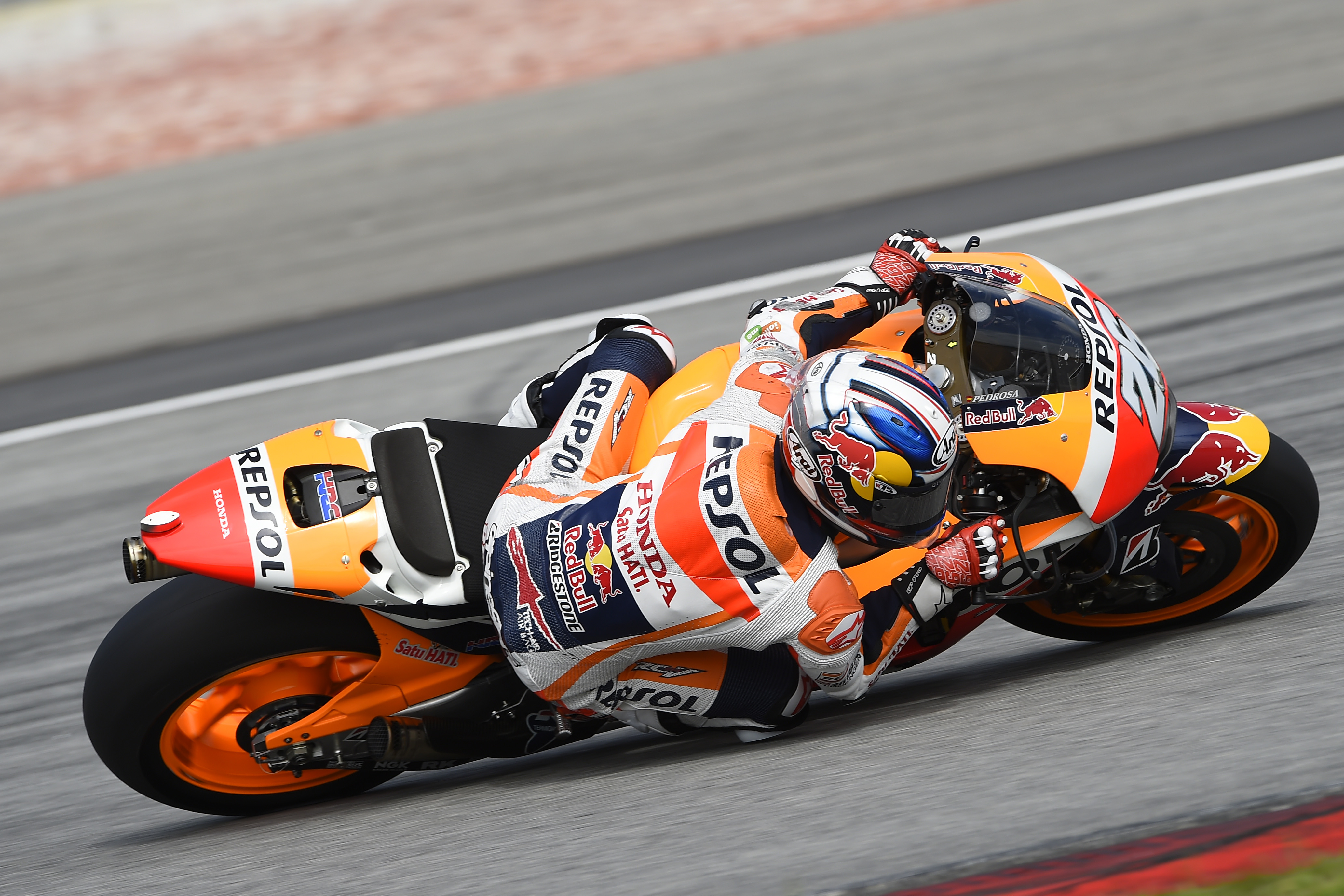 After the first test in Malaysia, the Repsol Honda Team rider makes a very positive analysis of the three working days that marked the return from the winter break. Second by only one tenth of a second to his teammate at the test, Dani Pedrosa returned to action in top form. His lap times confirmed the good feeling he has about the work done by Honda and the changes to his crew.

How do you rate the first test in Sepang?
“It went very well. The last day we made complete race simulation, despite the heat there. Overall we were lucky, because the sky was a little more cloudy than usual and that meant the track was in good condition to ride. We must also say that on Friday morning the track was very good and the lap times came down by a lot. I made a small mistake on my best lap. Still, we are very pleased with how the first test of the year went.”

This year there have been changes in the structure of your team. How was it functioning at the first test?
“I am very happy because I felt very comfortable. We are still at the beginning of the year and we don’t have the same agility as when you’re already settled in, but the working conditions and attitude have been very good. I had already worked with Denis [Pazzaglini] in 250cc, but he also has experience in MotoGP. With Pedro [Calvet] we had not worked together before, but he has a character that I really like. Daniel [Petzold] was previously in

Moto2 and will need time to adjust to the amount of information required in MotoGP, but he has a lot of learning ability. Both the team and Honda believe in him a lot. I am very happy with the new role Ramon [Aurín] has; I think he is doing a very good job and the team are very happy with him, as there is a good dynamic there. All the changes have been for the better. At the first test we took some positive steps forward and we have greatly improved -thanks to the work Honda have been carrying out in Japan and the work we have done within the team. The mechanics and new technicians have done a great job and that motivates me a lot.”

The presentation in Indonesia was something totally different and you had a great reception from the fans. How was it for you?
“The Asian fans are very passionate about MotoGP, because they are crazy about racing. They welcome us, follow us and are always on top of things, as they feel a real love for what the riders do. It was special to give them that opportunity to be there for the presentation, share that enthusiasm they have for the sport.”

What will you do between now and the next test, which takes place in late February?
“I will return home for a few days and, although it is snowy, I’ll have a few days more of continuing my fitness preparation before the next test. Now I have some soreness, but that’s inevitable. These tests are definitely useful for me, as there is no better preparation than riding a bike.”