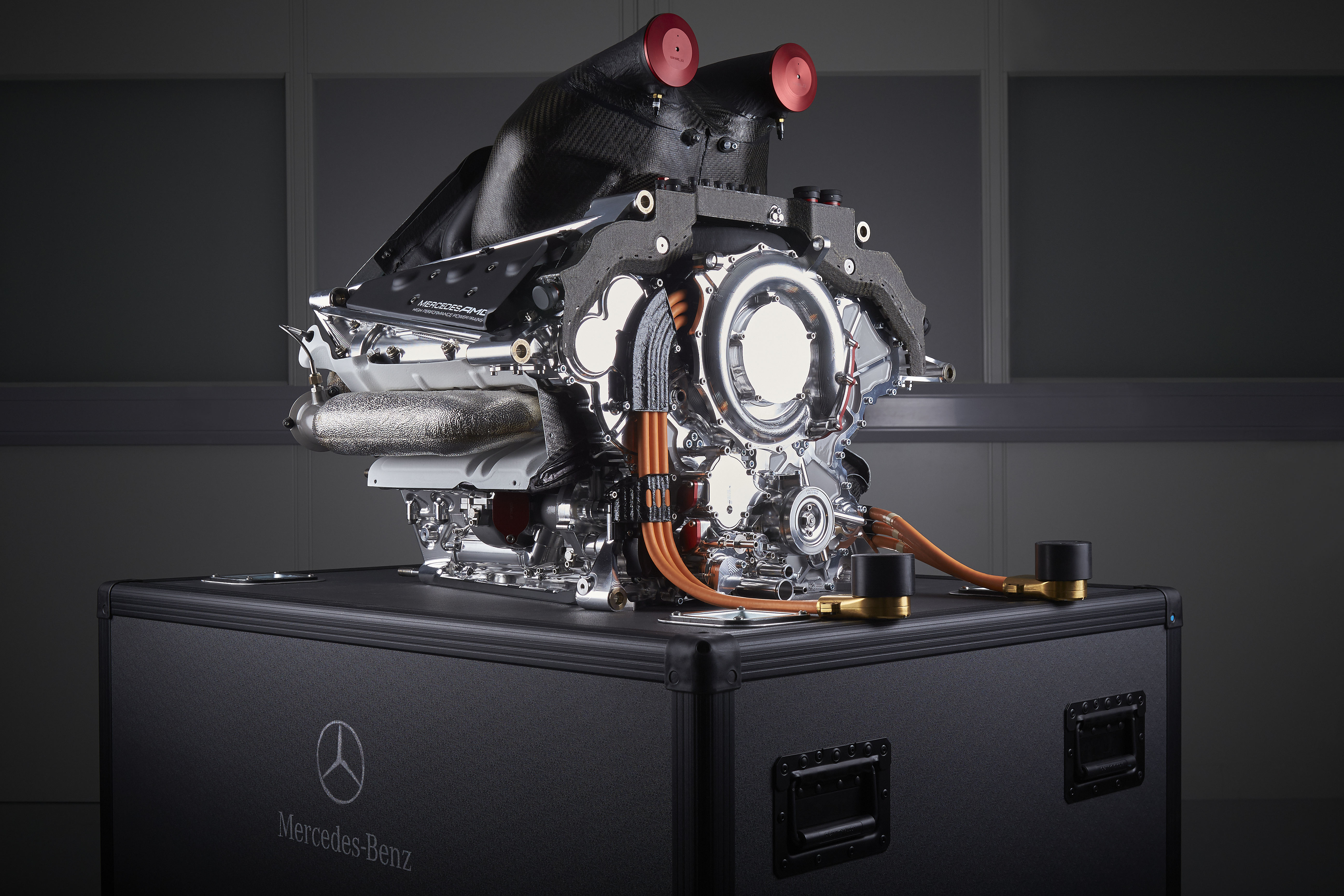 As we approach the second season of the Hybrid Formula One era, just how impressive was the inaugural year for this revolutionary formula?

Andy Cowell: Every manufacturer throughout the grid did a fantastic job in 2014 in terms of achieving high thermal efficiency and therefore performance from the fixed fuel flow rate. The numbers speak for themselves. A reduction from 150kg to 100kg of race fuel; downsizing from a 2.4 litre V8 to a 1.6 litre V6 ICE; creating a package that was over 30% more efficient than its predecessor – all within a set of regulations that pushed reliability to the very limit. Race retirements directly related to any element of the Power Unit averaged less than one per driver over the course of the season. Lap times in the final few races were frequently under a second shy of their 2013 counterparts in race trim and less than half a second off in qualifying trim. This was a phenomenal achievement for everyone involved. Everybody has the opportunity to change a significant portion of the Power Unit for 2015 to further improve efficiency and, once again, performance…

How does 2015 differ from 2014 in terms of the challenges faced?
Andy Cowell: It’s very much a case of evolution rather than revolution in 2015. Where last year was a case of “Can we do it?” we are now faced with a different challenge – “How do we improve it?” We have been working hard on all areas of the Power Unit to increase the conversion efficiency of every single system – trying to make our package more thermally efficient and produce greater absolute power. The focus in this respect has been on combustion efficiency and frictional losses – be they in core parts of the ICE or the ancillary aspects of both ICE and ERS. Development of fuel and lubricants has been critical to this process and we have continued working well with PETRONAS in this respect. There is very significant scope for change under the regulations and significant opportunities to make performance gains, so we have left no stone unturned in our quest for performance – and I am sure that exactly the same is true of our competitors.

What are the main regulatory changes for 2015?
Andy Cowell: From a Power Unit perspective, there have effectively been two major regulation changes introduced for the 2015 season. Firstly, a maximum of four Power Units are now permitted per driver, per season – a reduction from the five available in 2014. Coupled with an increase in the length of the calendar from 19 to 20 races this presents a significant challenge, with each Power Unit now required to last over 25% longer than before.

Secondly, variable inlet systems are now permitted. The last generation of Formula One engines that were permitted to use such technology were those of the V10 era. This provides an opportunity to optimise the inlet tuning of the ICE against all operating RPM values, thus improving efficiency.

Finally, there has been a clarification of the rules governing engine modifications. Manufacturers now have the opportunity to introduce upgrades to their engines throughout the season – provided they remain within the overall limit of 32 development ‘tokens’ and do not exceed the maximum of four engines per driver, per season. This story has been much debated in the media but, from a regulatory point of view, it presents an equal opportunity for each manufacturer to improve their engine as the year progresses.

This decision hasn’t altered our development strategy for 2015, which was always to gather the necessary data from pre-season testing in order to define and submit the engine specification for the opening race. However, it does offer the opportunity to exploit this interpretation for further gain later in the season, should we choose to do so.

There have been wider changes too in terms of fresh faces and new partnerships…
Andy Cowell: Indeed. Firstly, we’re all pleased and excited to have another Power Unit manufacturer, Honda, joining Formula One. This is good news for the sport, for the competition, for the fans and for the automotive industry as a whole. We therefore offer them a warm welcome and wish them well. Also, we are very much enjoying working with our new partners at Lotus. We have a great admiration not only for the achievements of the team at Enstone over the years but also for their professional approach to creating racing cars. They are a strong addition to our roster of partner teams and we look forward to working together in the seasons ahead.