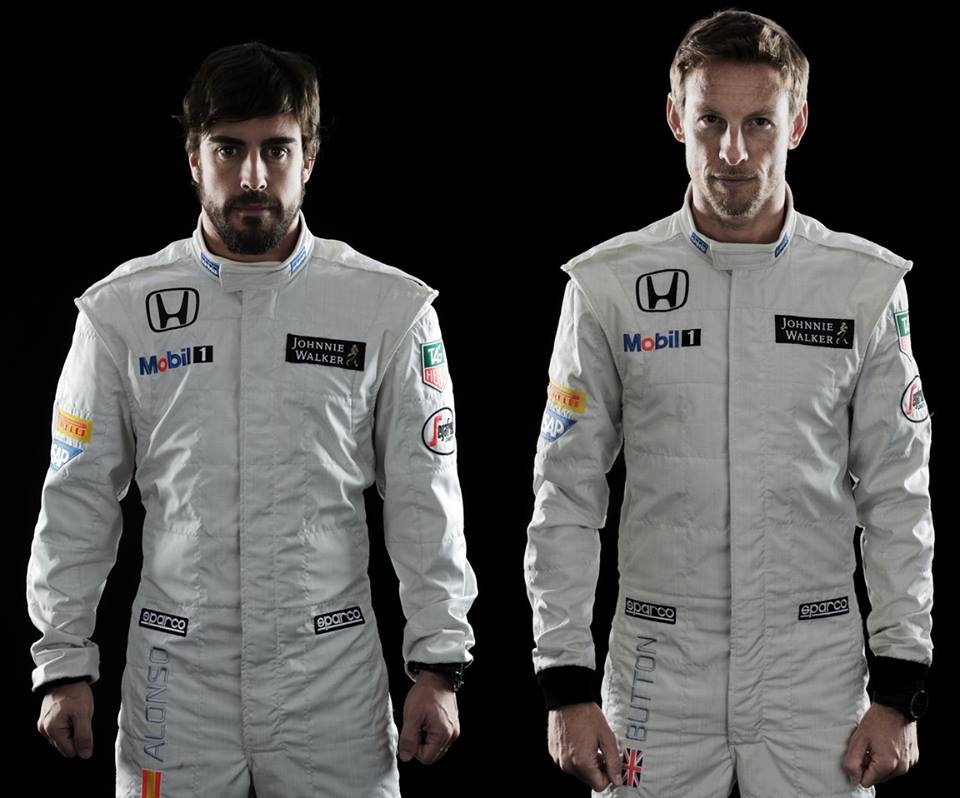 Jenson Button insists he is happy to be paired with Fernando Alonso. Both sides of the new McLaren-Honda garage have won world championships, but Spaniard Alonso is regarded not only as arguably the best on the grid, but perhaps often difficult to share a team with. Notably, he clashed at McLaren with Lewis Hamilton, and at Ferrari he humbled two consecutive Ferrari teammates, Felipe Massa and Kimi Raikkonen.

McLaren supremo Ron Dennis, however, says he has noticed Alonso is now “more mature” than in 2007, and has not arrived demanding clear number 1 status. “He said ‘equality, I accept equality’,” Dennis revealed.

Team veteran and Briton Button’s last McLaren teammate was the rookie Kevin Magnussen, but he insists he is more than happy to now share a garage with a driver of

Alonso’s status. “I think every driver wants a competitive teammate,” he is quoted by the Spanish sports daily AS. “It’s always good to see what the other guy can do, their strengths and weaknesses, and also to work with someone as experienced as Fernando. He’s a double world champion and has been around almost as long as me, driving for many different teams so I think it’s a huge benefit to us. I’ve always said I want the best drivers next to me, that I would love to have Fernando as my teammate and here we are –  it’s a good partnership and I’m sure we’ll work well together.”