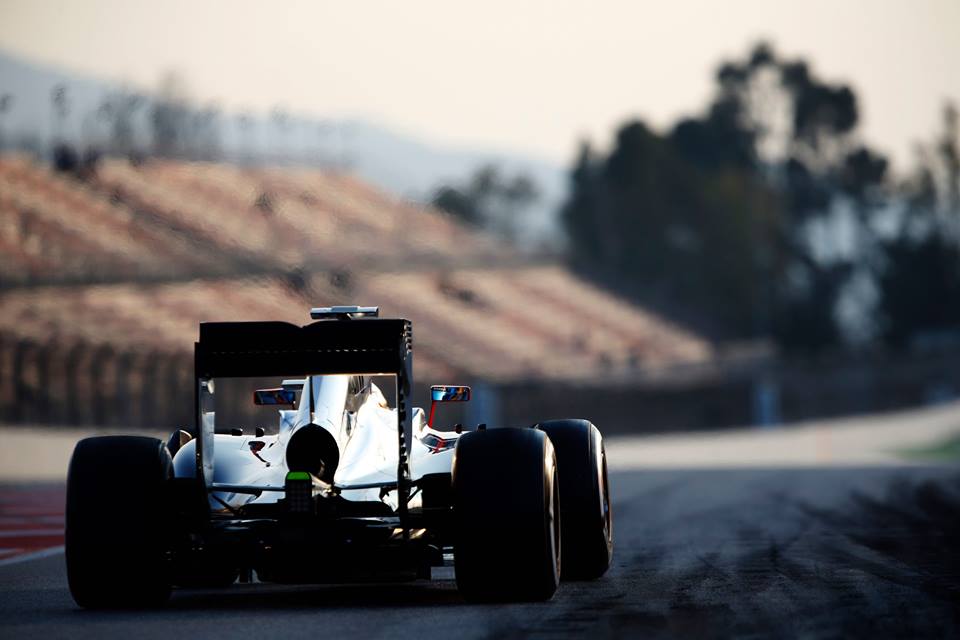 Given the running issues that affected us throughout the first three days, the decision was taken last night to split seat-time for the final day of the programme. The aim was for Fernando to run in the morning, with Jenson taking over after lunch in order to more fully acquaint himself with MP4-30.

Unfortunately, we were unable to complete the day’s programme after Fernando suffered an accident at Turn Three just before lunchtime. Although conscious, and able to speak with the circuit’s medical team, he was flown to a nearby hospital, where he was given CT and MRI scans as precautionary measures. He was uninjured, but will remain in hospital overnight. Given the lack of remaining track time, and the lengthy and thorough procedures needed to check the car and power-unit after such an impact, the team decided that it was not worth hurrying the rebuilding of the car in order to resume testing before close of play. We now turn our attention to next week’s final pre-season test in Barcelona.

Eric Boullier, McLaren-Honda racing director: “Fernando’s accident was just one of those things that happens in testing. Fortunately, he’s fine, but was concussed during the accident, which therefore required an overnight stay in hospital as a precaution. That’s normal practice after a concussion. Inevitably, some media reports have sought to exaggerate the severity of the incident – it was just a normal testing accident.

“While the car wasn’t particularly badly damaged, it was enough of an impact to warrant quite a lengthy check of the gearbox and power unit systems. Given the time needed to carry out such an analysis, we decided to bring the curtain down on our test a few hours earlier than anticipated.

“It’s been a tough week for the whole team, but we’ll be back, and pushing harder than ever, in Barcelona next week.”

Fernando Alonso will stay in hospital overnight after suffering a concussion when he crashed in Formula 1 testing at Barcelona on Sunday. The McLaren driver hit the inside wall on the exit of Turn 3 just before lunch, and he was airlifted to hospital where CT and MRI scans revealed that he had not suffered any injuries. However, due to the fact that Alonso suffered a concussion in the impact, he will be kept in hospital overnight as a precaution.