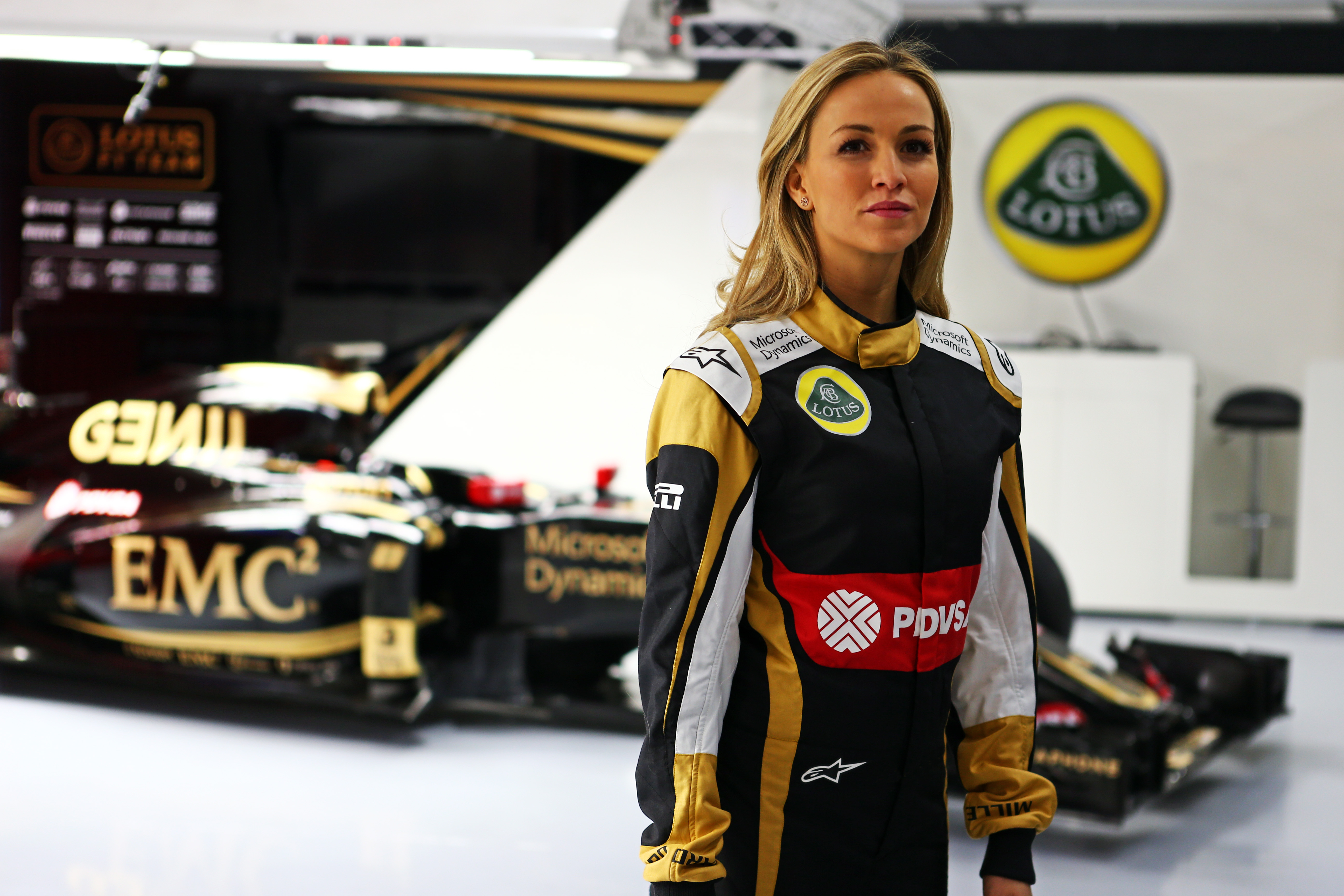 Carmen Jordá today joined Lotus F1 Team as a Development Driver for the 2015 season. Carmen will attend Grands Prix and Formula 1 tests throughout 2015 for Lotus F1 Team as well as undergoing a significant simulator programme at the team’s base in Enstone. Carmen will drive the E23 Hybrid on track during the course of 2015. Carmen, daughter of former racer José Miguel Jordá, has a distinguished racing career having participated in the European Open Formula 3 Championship – where she achieved three podiums – the American Indy Lights Championship and most recently the GP3 Series.

Matthew Carter, CEO, Lotus F1 Team: “We are happy to announce Carmen Jordá as a Development Driver for Lotus F1 Team and we are looking forward to working with her over the course of the season and ultimately seeing her behind the wheel of the car. Carmen will bring a fresh perspective to the team. We have a strong programme for her attending Grands Prix as well as extensive time in our sophisticated simulation facility at Enstone. She is a unique addition to the team and we are looking forward to helping her progress her goals as well as receiving the benefit of her insights and contributions to the development of the E23 Hybrid.”

Carmen Jordá: “It feels like a dream come true to join Lotus F1 Team. I’ve been racing since I was ten years old so it was my dream to drive a Formula 1 car since I was very young. Joining Lotus F1 Team is a big step towards my goal. I will be working to improve myself as a driver as well as helping the team to develop the car by testing new developments in the simulator; it’s such a fantastic opportunity. I know this is just the beginning and the biggest challenge is yet to come but already being part of a team with such a history is a real honour. This is a great achievement, but an even greater opportunity which will lead to bigger and better things.”

Her first contact with professional competition was in karting with the Valencian Community’s Championship in 2001, when she was 12. Carmen achieved third position in the final standings and one year later she finished seventh in the Spanish National Championship. Her perseverance and determination already foretold the future that was awaiting her. After four years competing in karting whilst living in the United Kingdom, Carmen began contesting the European Formula 3 Open series category where she achieved three podium finishes and finished 4th in her second year.

In 2010 Carmen moved to the USA to compete in the American Indy Lights Championship for the Andersen Racing 1 team where she achieved top ten finishes. In early 2012, when she was presented with the opportunity to sign with the Ocean Racing Technology team in the F1 feeder category GP3 Series, she returned to Europe. She raced in this highly competitive championship over the course of the past three seasons.

Carmen believes women have a place in motorsport just as in any other sport in the world. Carmen sets out to be an inspiration for every women competing for a professional seat in motorsport, or in their own discipline, and she continues to fight to achieve her own goals.