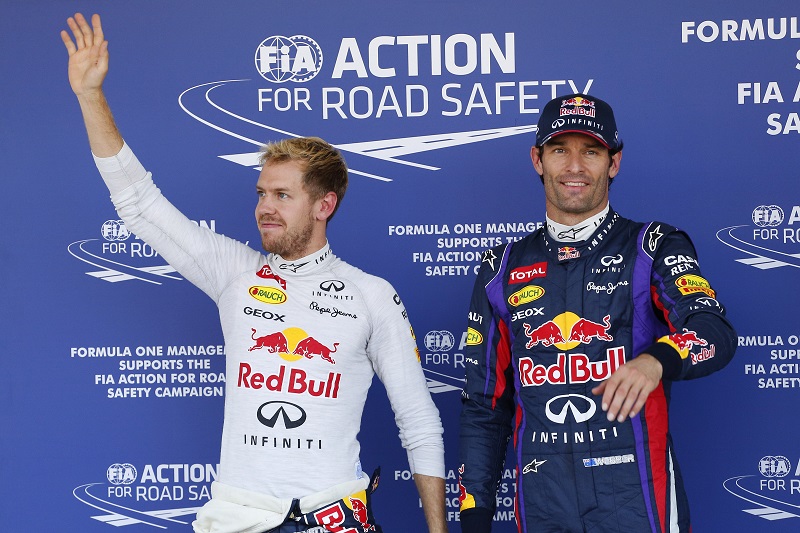 Sebastian Vettel’s team switch for 2015 could hurt Red Bull and help Ferrari. That is the claim of the former F1 star Mark Webber, even though they were the best of enemies as teammates. During their time as Red Bull teammates between 2009 until Webber’s retirement in 2013, Vettel won 38 grands prix compared to the Australian’s nine. So today, Webber freely admits his total respect for Vettel’s talent, and backed his move to Ferrari on the basis that he needed “fresh motivation

As for the impact it will have on Red Bull, Webber told the Herald Sun: “The line is not ‘they won’t miss Vettel’, the line is that when he wants to do something else and be in a different environment, then he is better off going somewhere he might feel he will get more out of himself. That’s definitely a question for the team halfway through the season, whether they are missing some of that experience”.

15, and given the Australian’s impressive 2014 campaign, Webber is expecting another “solid” year for the energy drink-owned team.

“Obviously a wealth of knowledge and Daniel’s experience is only going to help him,” he said. “They are lacking a little bit of continuity at Red Bull now – there are a few people who have left the team. So that will be interesting to see how technically good the car is over the course of a full season, not just at the start. Mercedes are the clear favourites. They had a great season last year and should come out of the gates very strongly.”