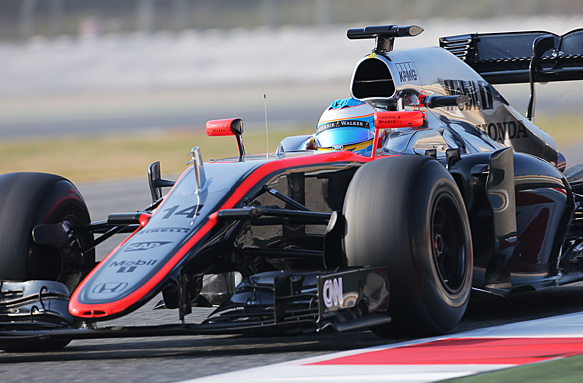 Formula 1 chiefs are pushing through new rules that will force cars to be fitted with high speed cameras from 2016 to help with accident investigation. The speculation surrounding the cause of Fernando Alonso’s Barcelona testing accident last week was fuelled by the lack of clear video footage about what happened. AUTOSPORT revealed that the only moving images of the crash were taken from a CCTV camera, but the footage is not very clear. Such uncertainty about the cause of crashes, either at tests or races, could be wiped out if a new rule that forces teams to fit high speed cameras is approved by the FIA World Motor Sport Council next month.

The idea has already been backed by F1 teams and chiefs, who voted it through at an F1 Commission meeting that took place a few days before Alonso’s crash. A revised article 27.2 of F1’s sporting regulations that is being proposed for 2016 states: “For the purpose of accident analysis, each car must be fitted with a high speed camera which has been manufactured by the FIA designated supplier to a specification determined by the FIA. This should be fitted to the car during each event and all tests which are attended by more than one team. Teams must use their best endeavours to ensure that it is in working order at all times. The camera must be fitted in accordance with the instructions of the FIA“.

The FIA also wants to make it mandatory for drivers to wear in-ear accelerometers to help with data gathering in crashes. The next WMSC meeting is due to take place in Geneva on March 20.