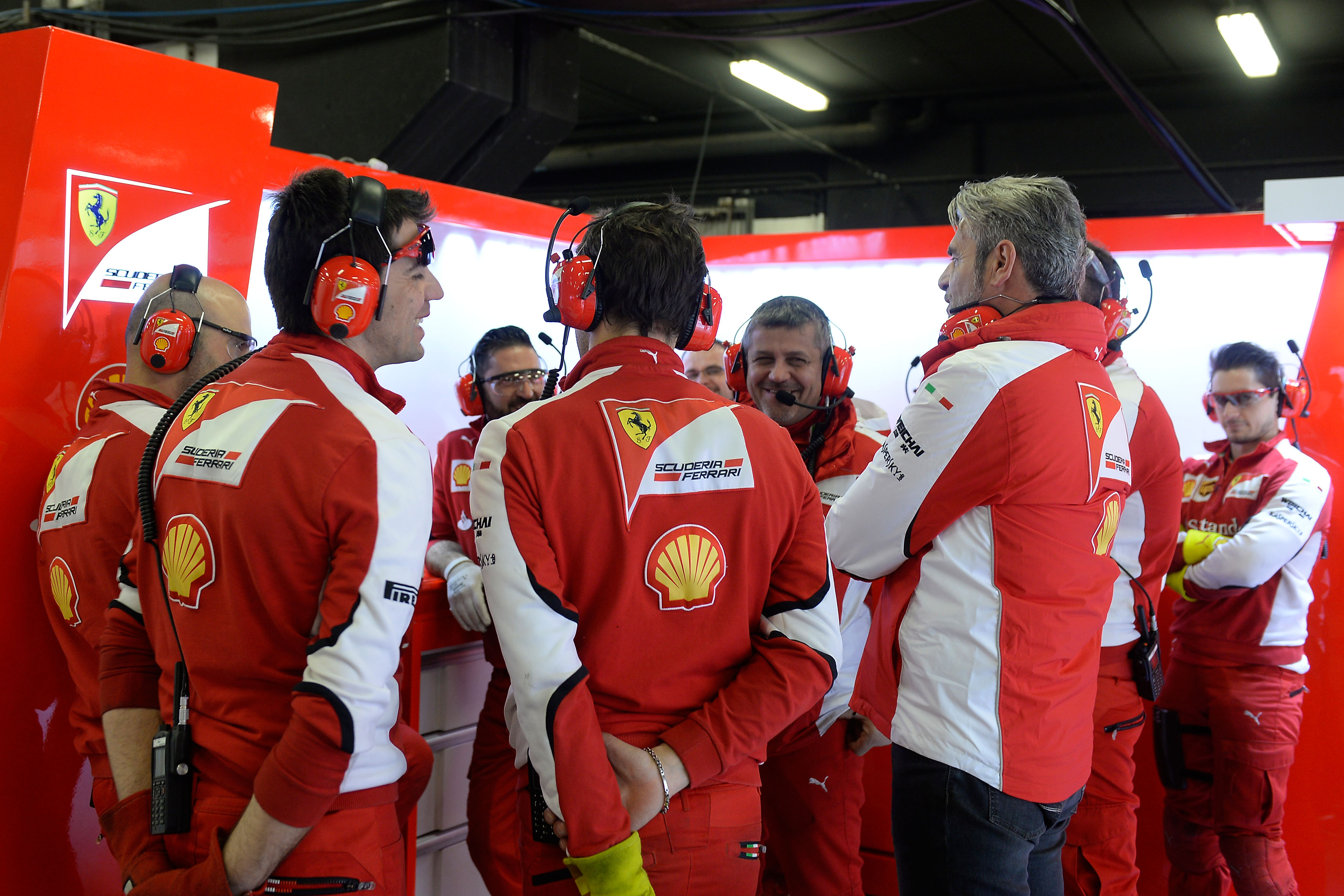 Maurizio Arrivabene is quickly climbing the ladder as arguably one of the most popular team bosses in formula one. A former Philip Morris executive, and bearing a striking resemblance to the ‘Marlboro man’, the 57-year-old Italian emerged from the chaos of last year’s Ferrari to put the fabled team firmly back on track. And he is quickly endearing himself to the sport. He put on an entertaining display recently during a press conference with international media, and at the final Barcelona test this weekend has given Kimi Raikkonen and Sebastian Vettel’s fans an unique insight.

“With people he does not know,” Arrivabene said, “Kimi does not talk. But he can actually be

very warm and profound. The next moment he can turn and walk away from you,” he revealed, according to the blog of German F1 correspondent Ralf Bach. “Seb is super-professional”, Arrivabene continued. “When I see him working in the box, I am sometimes emotional because it reminds me of another German I know. But his eye for detail has surprised me, and he writes down everything in his notebook,” he is quoted by Bach’s f1-insider.com. “Anyway, it does not surprise me that Sebastian has won four titles. He is a hard worker and a great person. But please let’s not forget that Kimi is the last Ferrari champion. For us, we have the perfect driver combination.”

Arrivabene has also revealed that he is not afraid to deliberately “provoke” F1 supremo Bernie Ecclestone. Photos had emerged on social media of the Italian sitting in the grandstands during the Barcelona test alongside Ferrari reserve Esteban Gutierrez. Arrivabene admitted the reason for his close encounter with the spectators was to let Ecclestone know he is no fan of a proposal to further limit access to F1’s exclusive paddock.

“So we go to the people in the stands (instead),” he said. “For such rumours to not be true, you have to set an example – exclusivity does not mean that you lock even more people out of the paddock.”