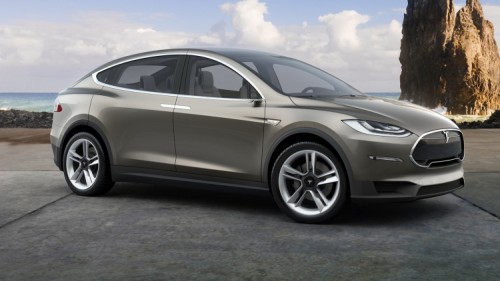 The Tesla Model X has never been seen testing in the real world – that is until now. Photos taken look like they are of the car as they match up to prototype pictures of the Model X EV that have been seen in the past. The car is wearing disguise though and the video taken was from quite a distance and on a phone and so it is not all that clear. No one gets out so the falcon wing doors are not seen. However, all of the clues lead to it probably being the all-electric crossover which is expected to appear later in the year. There was also a further photo taken which shows a towing vehicle that belongs to Tesla and a Model S was seen nearby.

The video has no engine noise which would be expected with an electric but there are squealing tyres. It is thought that the driver was testing acceleration and turning and it took place on an airstrip in California. It certainly looks like the car is handling well from the film taken. It could be that this is just a Model S, but it is hoped that it is not!