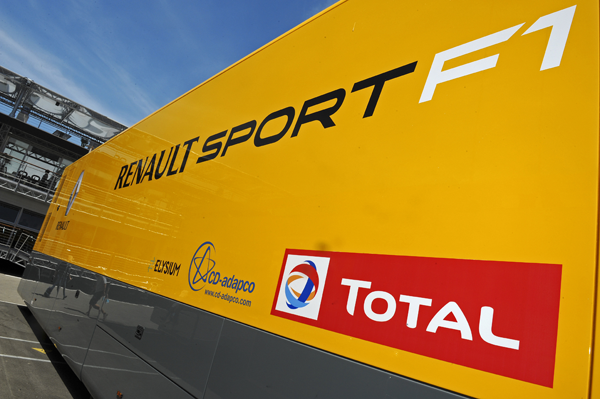 Renault is now openly contemplating a return to full works status in formula one. After running a works team until 2010, the French carmaker remained on the grid only as a supplier, helping Red Bull to win multiple titles. But

officials are now admitting a better marketing strategy for the future might be to once again buy into a team. Alain Prost, an ambassador of Renault’s F1 project, admitted: “A company like Renault is always analysing what is the best strategy, especially when you’re considering a return of investment on something like formula one. But I cannot answer whether the time is right or not,” the four time world champion, referring to the rumours Renault is thinking about buying a team, told the Spanish daily Marca.

Indeed, Renault’s F1 chief Cyril Abiteboul insists there have been no decisions made about a change of strategy for the marque. “We are pleased to be engine supplier,” he told RMC Sport. “Our priority is to make Red Bull world champion again.”

However, Red Bull appears unhappy with the direction of Renault’s turbo V6 project while the carmaker itself is concerned the energy drink maker attracts the majority of the marketing visibility. “Taking over a team is not excluded,” Abiteboul admitted, “but it’s not decided either. This must be a part of a long term strategy,” he added. “We must think about the sporting strategy that works best for Renault. We will be attentive to everything, including the development of the sport and its finances”.