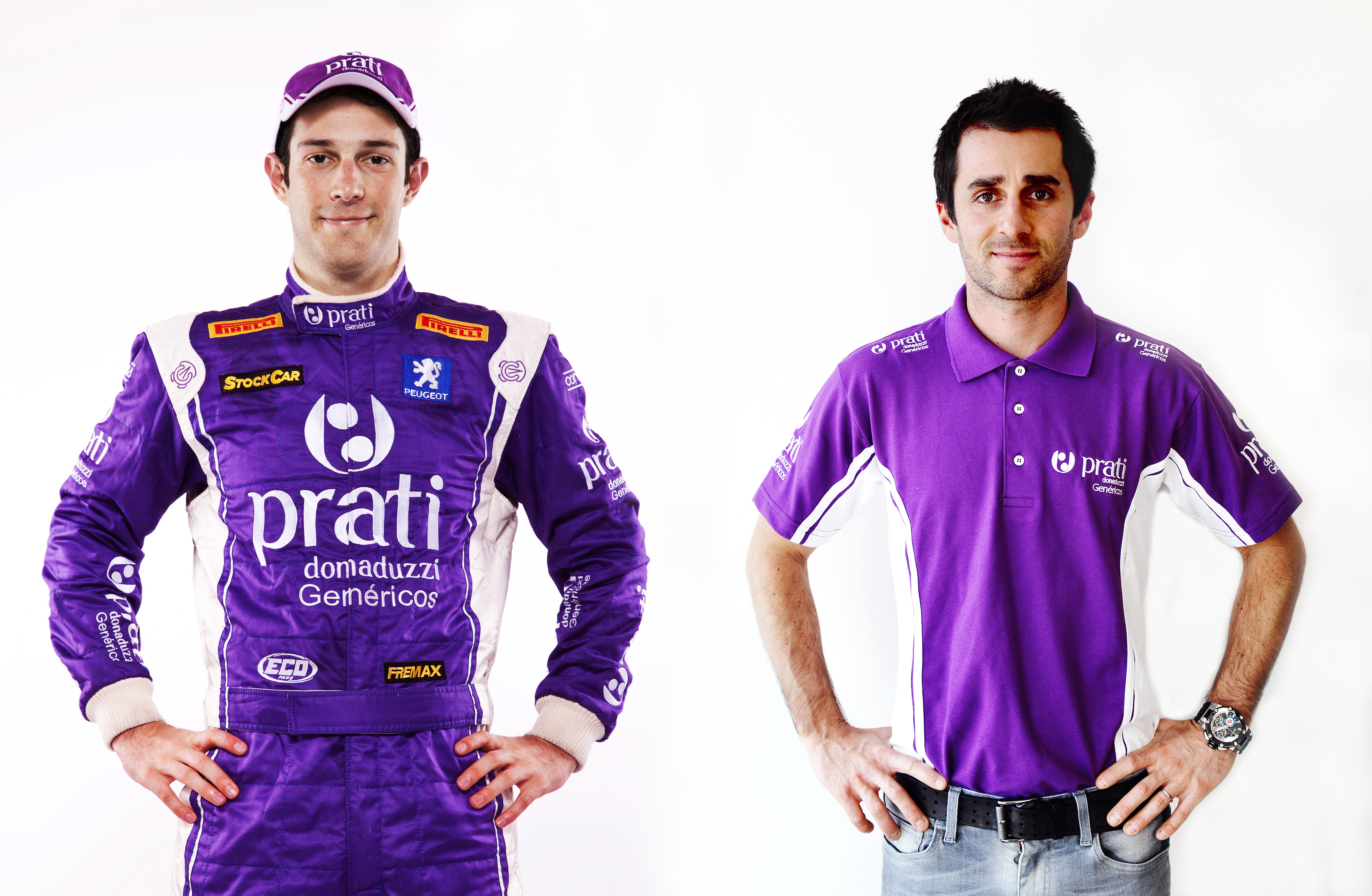 Twenty six years after, the outstandings brands Senna and Prost will be reunited again in the same team. Bruno Senna, nephew of three times Formula 1 champion Ayrton Senna, and Nicolas Prost, son of four times F1 king Alain Prost, will race for Prati-Donaduzzi squad in the opening round of Brazilian Stock Car series. The race will be held at Goiânia circuit on March 22nd and will feature again – just like in 2014 – a unique format, each regular driver inviting a special guest. Bruno will race once more along with former Formula 1 Antonio Pizzonia and Nicolas will debut alongside frontrunner Júlio Campos.

Ayrton Senna and Alain Prost closed a turbulent relationship in the Australian GP, the last round of the 1989 season. The heirs, however, haven’t continued the rivalry and have built a close friendship. They shared the track in endurance races and nowadays are competing against each other in Formula E. As team mates and wearing the same racesuits, it’s going to be the very first time. They even will travel together from Miami to Brazil after the next week round of Formula E.

Thirty-three year-old Nicolas has accepted the Prati-Donaduzzi invitation on December during the Formula 1 visit to Punta del Este. Not only already knew the series, but even

the two-drivers per car event. “I’m glad to team up with Bruno. It’s going to be a fantastic experience. We know each other for quite a bit of time and get along very well. I still feel a kind of chill when I see his helmet down the pitlane. It reminds me the fights between my dad and Ayrton. A lot of people ask of people ask me about it, but what I like to remember is that at the end they became good friends.”

Bruno has already two Stock Car participations under his belts and also has celebrated the new reunion of two legends of motor racing. “It’s going to be nice

welcome Nico in the Prati-Donaduzzi team. Watching our driving styles differences on telemetry will also be interesting… In a certain way, it is going to be a kind of Ayrton-Alain old duels. I hope we can do the same, but fighting for the victory along with Pizzonia and Campos”, said the 31-year old Brazilian ace.

Nicolas is fully aware of the size of the task ahead. “I’ve been following Stock Car in Brazil for some time. It’s a very competitive series, the cars race very close with a great number of good drivers, like the reigning champion Rubens Barrichello. Sergio Jimenez was my team mate in Formula 3 and we had close battles indeed. And there are another strong drivers, like Lucas di Grassi, Nelsinho Piquet, Jacques Villeneuve, Jaime Alguersuari, Tonio Liuzzi… Even tough I don’t know the car and the circuit, I’m confident because I have joined a top team along with a experienced and winning driver. Julio Campos is one of the best drivers out there.”