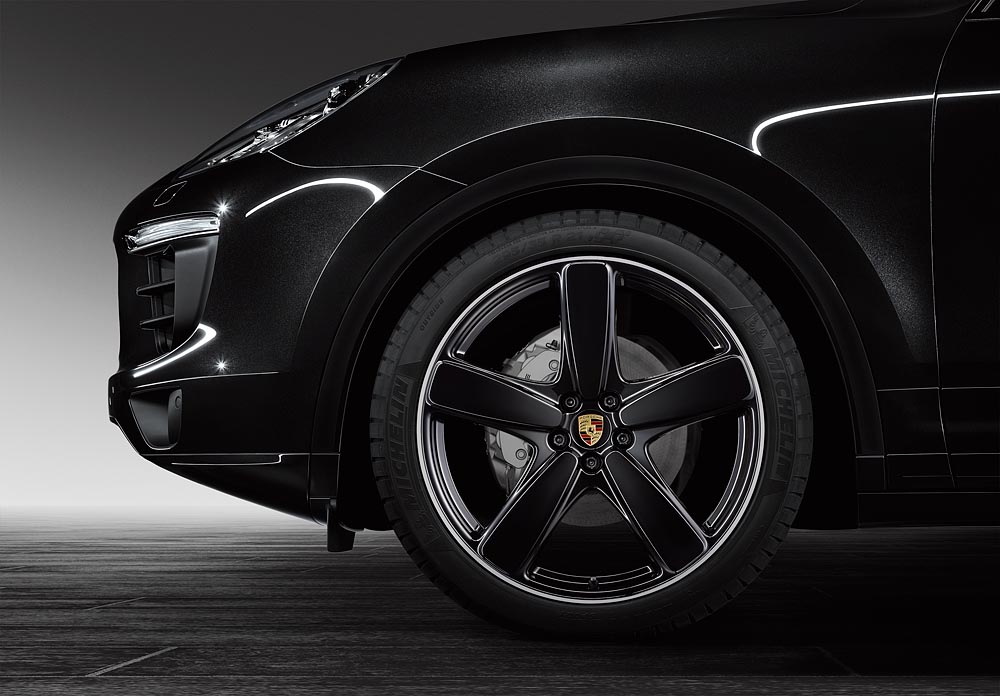 Porsche Exclusive has introduced several new customisation options for the Cayenne, Macan and Panamera models: an elaborate Rear Seat Entertainment system for all four-door sports cars, a sports exhaust system for the Macan S Diesel as well as the Sport Classic wheel including wheel arch extenders for the Cayenne. The Porsche Communication Management (PCM) system now comes as standard in the Panamera S, Panamera 4S and Panamera GTS models.

The Porsche Rear Seat Entertainment system saw its world premiere in the luxuriously equipped Panamera Turbo S Exclusive Series, a series limited to just 100 units. Now this is system, which was fitted as standard in this limited edition, is available for all Panamera models as well as all Cayenne and Macan models. The main components of the new Rear Seat Entertainment system are two high-resolution 10.1-inch colour touchscreen displays with a resolution of 1280 x 800 pixels integrated in the front seat backrests.

It has an extensive range of equipment, including an integrated DVD player, two USB ports, an SD card slot and an HDMI port to allow connection of an external video game console, for example. Both of the displays also boast a camera to permit video telephony. The system supports several audio and video formats. The WiFi Crosslink Streaming function allows videos to be displayed on both screens via a direct WiFi connection. The sound is delivered via Bluetooth using the two wireless headphones, included as standard. The Porsche Rear Seat Entertainment package is also available as a Plus version which offers an internal 32 GB Flash drive for saving multimedia files.

An Internet browser allows mobile Internet access and a special app lets you send and receive emails on the road. Additional apps, such as games or video telephony apps, can be downloaded from an online store. The Internet connection can either be established using the optional wireless Internet connection or using the customer’s own smartphone or tablet as a WiFi hotspot. A smartphone or tablet is also used, with the corresponding app, as a remote control for the Porsche Rear Seat Entertainment system. In Germany it costs 3,082.10 Euro including VAT, the Plus version costs 3,439.10 Euro.

The new optional sports exhaust system for the Macan S Diesel delivers an even more resonant sound, and thus an

even more emotional driving experience, thanks to a modified rear silencer. The system comes with gleaming chrome exhaust tips and is available in black or silver. The sports exhaust system is activated using a separate button in the instrument cluster on the centre console. The price in Germany is 2,403.80 Euro including VAT.

The Cayenne’s new Sport Classic design five-spoke alloy wheels including wheel arch extenders are a distinctive highlight. The wheel dimensions are 10 J x 21 ET 50 (front and rear axle) with 295/35 ZR 21 tyres. The following versions will be available from the end of May (calendar week 22/2015): painted in GT silver metallic, in Platinum (silk gloss) and in black (high-gloss), and from early November (calendar week 45/2015) they will also be available painted in the exterior colour of the car.