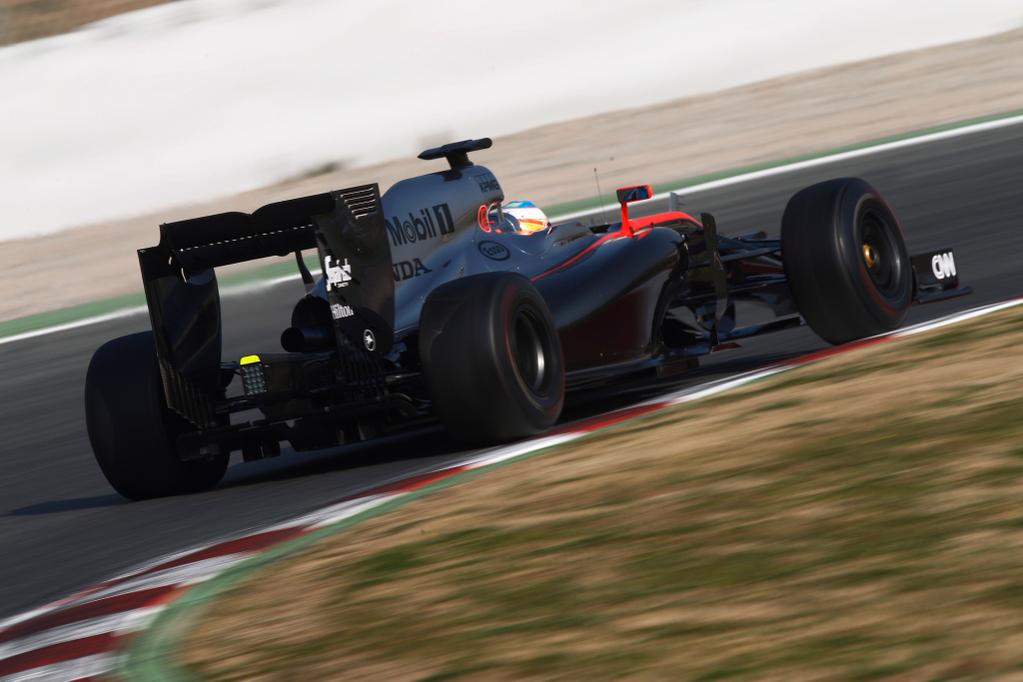 Fernando Alonso has suggested his return to action in Malaysia in two weeks is on schedule. As the teams packed up their equipment late on Sunday to be shipped directly to Kuala Lumpur, McLaren boss Eric Boullier was unable to

confirm if star driver Alonso will also definitely be going to Sepang. “I have said 100 times this weekend that it is the decision of the doctors,” Boullier told reporters late on Sunday. “I don’t know where these tests will take place, in Paris or in Switzerland, but after that the doctors will allow him to participate in the race or not.”

Certainly, however, Alonso and McLaren are planning for a Malaysian reunion, even if the team’s woeful performance in Australia had some observers wondering if the 33-year-old even wants to drive the MP4-30. His car, in substitute Kevin Magnussen’s hands, broke down even before it got to the grid in Australia, but was only due to start the race dead last anyway.

Tough start for Mclaren Honda but this is the beginning of something special. Enjoyed every lap I got this weekend. Thanks for the support!

Team supremo Ron Dennis, however, revealed he had been text-messaging with Alonso in Australia and the Spaniard – whilst training in Dubai – had said he “relishes” the opportunity to return to the team as soon as possible. Spain’s AS sports newspaper said Alonso will now travel from Dubai to McLaren’s Woking headquarters, to work on the simulator between Tuesday and Friday.

Alonso, meanwhile, confirmed after watching the grand prix on television that his Malaysia comeback is on track. “Congratulations to Carlos Sainz for the great weekend in Australia!” he ‘tweeted’. “And of course to Hamilton and Mercedes for the win! See you in Malaysia”.

Congratulations to @carlosainz for the great weekend in Australia!! And of course to Hamilton and Mercedes for the win!! See you in Malaysia — Fernando Alonso (@alo_oficial) 15 Marzo 2015