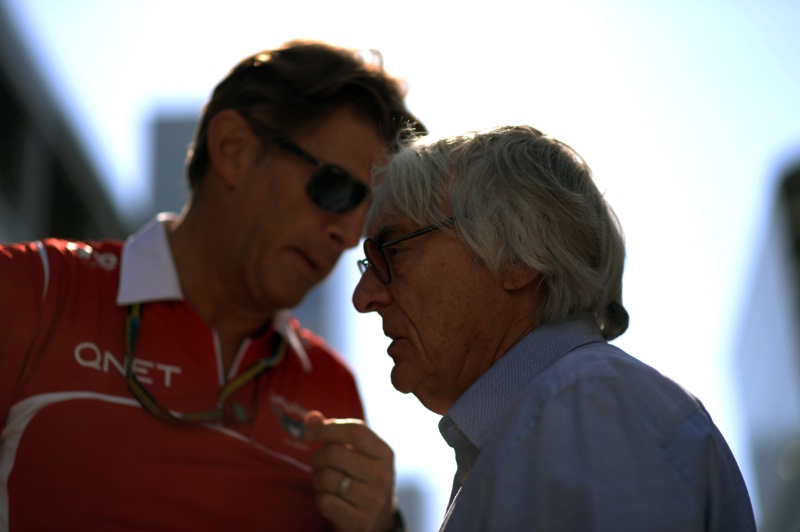 As the former Marussia team was summoned to the stewards in Australia, boss John Booth acknowledged the “scepticism” that Manor never actually intended to turn a wheel at the season opener. Ecclestone had already warned that Manor – and its $50 million in official 2014 prize-money – would be “history” if it missed one more race under its existing commercial contract. Manor bosses said all weekend in Melbourne that efforts were being made to qualify and race the two cars, but ultimately a single engine was not even fired.

After the FIA investigation, the stewards declared that the team “used all reasonable endeavours to ensure t

hat its cars were able to compete” in Melbourne. Therefore, “no further action” was taken. But on Monday, F1 supremo Ecclestone declared that there would in fact be other consequences for Manor.

“We should have never ever, ever allowed Manor to do what they’ve done,” he told Reuters. “They had no intention of racing in

Australia. Zero. They couldn’t have raced if someone had gone there with a machine gun and put it to their head.”

Ecclestone, 84, said the consequence for Manor will be a bill for the cost of transporting the team’s 30 tonnes of equipment from the UK to Australia. “They will have to pay their way to get there and get out of there,” he declared. “They are not competing so they have to pay for that.”