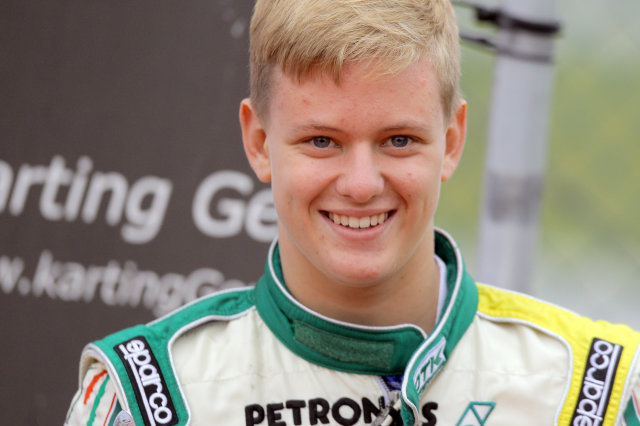 Mick Schumacher’s new single seater career has kicked off with a crash. Newly switched from karting to F4, the 15-year-old son of the most successful grand prix driver of all time began his pre-season test programme at the Lausitzring by losing control at 160kph, the major German daily Welt reports.

“The accident was mild and he ended up unhurt in the gravel,” the report said. The very fact a ‘mild’ incident warranted a headline at all is a sign of what is to come for the young Schumacher, who was skiing with his father Michael when the F1 legend fell and injured his brain in the final days of 2013. Former Mercedes chief Norbert Haug told the SID news agency that, in his karting career, Mick has shown “impressive talent and very good performance. But all the hype surrounding his name will not help him now”, Haug said.

Sebastian Vettel, a close friend and protege of the great seven time world champion Michael Schumacher, agreed that sharing a surname with his famous father will be challenging for Mick. “The switch from karting to cars is hard enough,” said Vettel, “and his burden will be even bigger.”