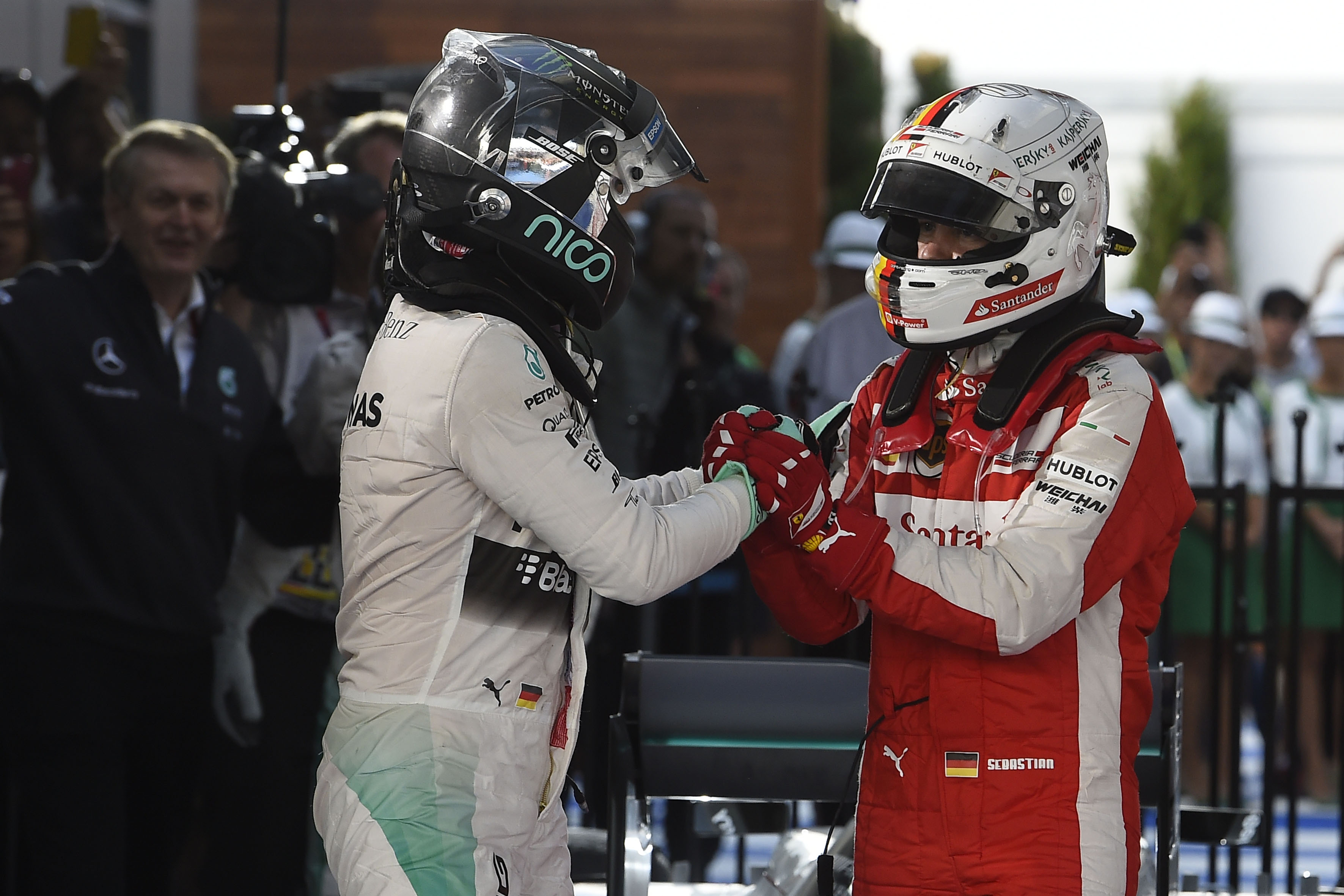 Nico Rosberg says his offer to Ferrari’s Sebastian Vettel still stands. After dominant Mercedes finished first and second in Melbourne, 34 seconds clear of Vettel in third place, there was an amusing exchange in the post-race press conference between the two Germans. After Rosberg said he hopes Ferrari can catch up soon, Vettel hit back: “Be honest. Seriously? You hope you slow down?”.

Rosberg insisted he was in fact serious, as it is “important for the sport and the fans” that Mercedes has some other teams to race this year. So Vettel jokingly proposed that Mercedes should make its garage “public for Malaysia” so that “everyone can have a look”. Rosberg answered: “You can come if you want. We can invite you. Friday, Malaysia, ok?”. “Engineers’ room, debrief. I’ll be there,” Vettel hit back.

Rosberg, however, has now told the German newspaper Bild that he is dead serious. “Sebastian assumed I was not telling the truth when I said I would be glad if Ferrari closes the gap on us,” he said. “So I invited him to come and see what we are doing. I’m thinking about the big picture, as a strong Ferrari helps formula one. I have now clarified this with our team boss Toto Wolff. Sebastian may come. So, Seb, I hope you’re reading this. I hereby invite you officially to our engineer meeting on Friday in Malaysia at four o’clock. We look forward to seeing you!”.

i spoke to Toto and Paddy about an invitation for Sebastian and they are easy with it.

Dear Seb, this is the official invitation to join our debrief Friday 16.00 at Sepang. See you there, don’t forget your notebook! 🙂