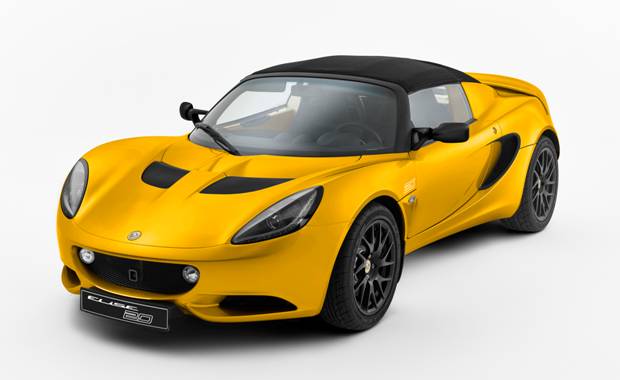 The Lotus Elise 20th Anniversary Special Edition celebrates the unveiling of the iconic sports car at the Frankfurt Motor Show in September 1995. 20 years ago, the Lotus Elise revolutionised the sports car world, setting the benchmark for handling, purity of the driving experience, lightweight and efficiency. Its pioneering and advanced bonded aluminium chassis was a market-leading technological innovation at the time and over the years has improved and evolved and remains core to the Elise’s exceptional performance today.

Jean-Marc Gales, CEO of Group Lotus plc, welcomes the Elise 20th Anniversary model, “It is sometimes hard to believe that the Elise has been around for 20 years. It was ground breaking when it was launched and continues to be the benchmark for handling and performance in its class. Over the years we have improved and refined the Elise but we have also ensured that we have retained the purity of the driving experience and for the Elise to remain as the sports car to which other marques aspire.”

Weighing just 914 kg, 10 kg less than the Elise S, the Elise 20th Anniversary is the sports car that both enthusiasts and newcomers to the brand will desire. Lightweight, efficient and totally pure in its driving experience, its benchmark in handling remains the envy of the sports car scene. Additional equipment compared to the Elise S comes as standard and is designed to reduce weight, including lightweight matt black forged wheels, lightweight centre console in body colour and lightweight sports seats in leather or Alcantara with colour coded stitching. A sport mode is also included which increases throttle response and alters the traction slip thresholds allowing the driver enhanced control before intervention.

Four classic Elise colours are available in Blue, Green, Yellow and Silver and the rear diffuser, wing mirrors, roll hoop cover and rear transom are in matt black. Elise 20th Anniversary decals inside on the dashboard and seats and outside above the side indicator identify the anniversary special edition.

All this additional equipment amounts to £5,150 worth of extra value, for only £2,700 more than the standard Elise S (£37,200) and the Elise 20th Anniversary will become a driving investment for the future.

The Elise is the most successful Lotus model in terms of numbers built, with a total of almost 32,000 built and sold globally. In addition to the Elise, the Lotus small platform technology has been used to great success in the Lotus Exige, Lotus Europa and Lotus 2-Eleven models, all of which are, or have been manufactured by Lotus at its Headquarters in Hethel, Norfolk.

The Lotus Elise 20th Anniversary is on sale now with an MSRP of £39,900. It replaces the Elise S Club Racer. For other currency prices, please contact the Lotus press office. Orders can be placed now.