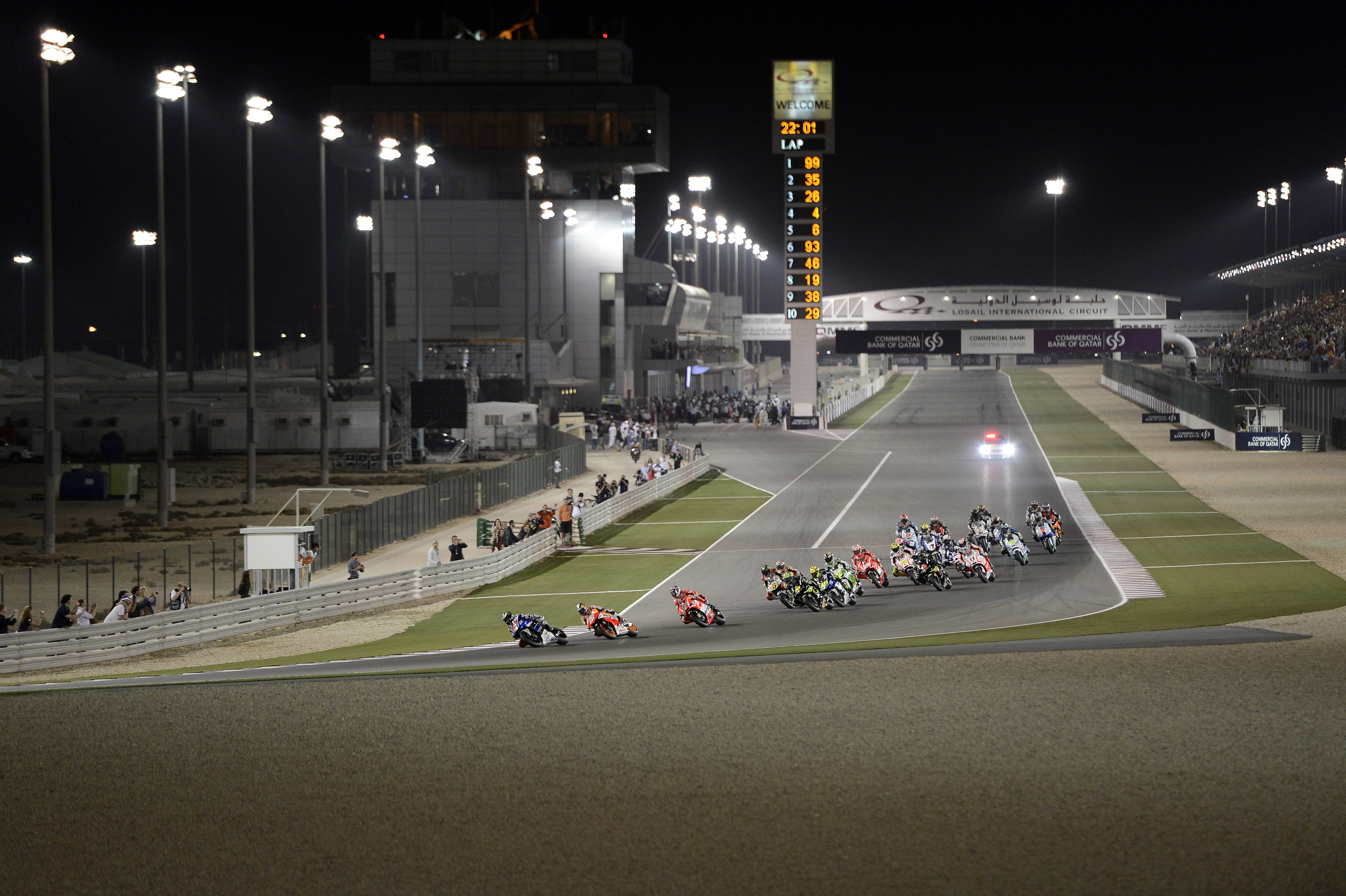 Last week’s Qatar test signalled an end to winter testing and the Repsol Honda Team are en route back to the desert for the first round of the season. It’s been a positive testing period for reigning World Champion, Marc Marquez, and his teammate Dani Pedrosa. After a challenging test in Valencia at the end of 2014, the Honda Racing Corporation engineers returned to Japan and worked hard all winter, in order to arrive at the first test in Malaysia with additional chassis’ for both riders to try. Since then, progress has been steady as both Marc and Dani fine tuned their Honda RC213V machines in preparation for this first round.

Marc, who took his first MotoGP podium here in 2013, will be relieved to be arriving 100% fit after last year when he was still recovering from a broken leg, suffered during a training accident. Marc took his first win here and then continued his famous 10-race winning streak that eventually set him up for back-to-back World Championships. Marc has visited the Qatar podium in all three classes, MotoGP – 1st in 2014 and 3rd in 2013, Moto2 – 1st in 2012 and 125cc – 3rd in 2010.

The Losail Circuit is a flowing layout of 5.4 kilometres, surrounded by artificial grass designed to prevent sand from the neighbouring desert from blowing onto the circuit. The main straight is over a kilometre in length and there is a good mix of medium and high-speed corners, including a couple of quick left-handers which has proved particularly popular with the riders. In 2008, it became notable for hosting the first-ever floodlit MotoGP race. This first grand prix of the season is also the only race weekend that stretches over four days, with FP1 beginning on Thursday evening, FP2 and FP3 on Friday evening, Qualifying on Saturday and the race on Sunday night at 22h00 local time.

Marc Marquez: “I can’t wait for the season to begin! It’s been a long Winter and then testing was cut short in Qatar last week due to rain, which was very strange, but I’m confident going into this first race. This circuit isn’t one of my favourites but it’s still fun to ride and it marks the beginning of the Championship which is great. Let’s see how the conditions are after all the rain last week. As usual it will take a few sessions of the different classes on track to clear the racing line and then we will see how the grip level is. There are a lot of fast riders on fast bikes – as we saw during testing – so this first race weekend will be interesting for sure!”.

Dani Pedrosa: “Unfortunately, our testing programme in Qatar ended early due to the weather last week but overall I’m confident and happy to get the season started. Since Valencia the bike has improved a lot, so I thank HRC for all their work, and also my team – where we have some new members this year – have also clicked together more and we have a good working momentum. This first race weekend is always a little tough to get back into the rhythm and also with it being stretched over four days instead of three is quite tiresome. However, now we’re ready to get out on track and put all our hard work to the test.”