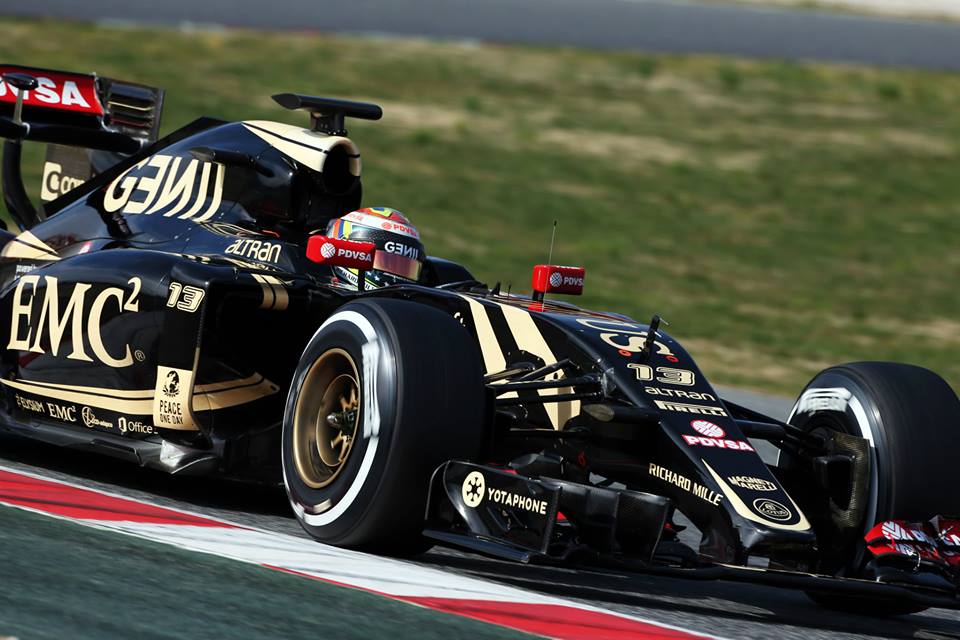 Lotus is once again taking criticism after naming another ‘development driver’. A month ago, the Enstone team signed up Carmen Jorda, a 26-year-old female driver, to attend races, work in the simulator and even test the new E23 car. But after never rising above 28th place in her three GP3 championship campaigns so far, Lotus’ decision was roundly slammed.

“Carmen Jorda couldn’t develop a roll of film let alone a hybrid F1 car,” Rob Cregan, Jorda’s teammate in 2012, said on Twitter. Jorda dismissed the widespread criticism as “jealously”. But now the same sort of criticism has returned, after Lotus said on Tuesday that another development driver in 2015 will be Adderly Fong, a 25-year-old, Canadian-born Hong Kong driver. In a statement, the team said the news moves Fong “closer to his career goal of becoming the first Chinese formula one driver”, as he will attend grands prix and work on the simulator. Lotus also said Fong is “an ideal candidate to help build towards a resurgence at Enstone”.

At the end of 2014, Fong made an appearance for Sauber in Abu Dhabi’s Friday practice session. But it is believed Fong’s backers ‘bought’ that outing, and the same scepticism has now followed Tuesday’s Lotus news.

“Of course it would be good to have a Chinese driver in formula one,” F1 veteran and long-time British commentator Martin Brundle is quoted by Speed Week. “But the fact is Fong has been hired for his money.”

Daily Mail correspondent Phil Duncan agrees, pointing out that between Jorda and Fong, they have contested a combined five GP3 seasons and never won a single race or pole. Taki Inoue, remembered as an average ‘pay driver’ in F1, remarked on his humorous Twitter profile: “It seems bank account development driver is getting popular in F1.”