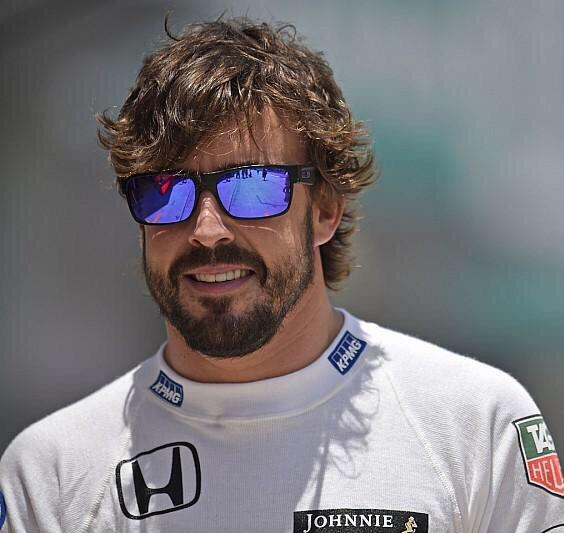 The FIA does not intend to release the findings of its investigation into Fernando Alonso’s Barcelona test crash. Although the Spaniard is back up and running after his one-month recovery, big questions remain about what happened on the exit of turn 3 on February 22. Alonso muddied the already bizarre waters even further on Thursday, contradicting multiple elements of McLaren’s official explanation to date. The Woking outfit has claimed nothing went wrong with the MP4-30, but Alonso insisted his steering “locked” before he struck the wall.

The 33-year-old also denied losing consciousness in the car, either before the impact or afterwards, saying only medication administered before his hospital airlift caused him to fall asleep. F1’s governing body has investigated the circumstances of the mysterious crash, but the Telegraph reports that the FIA will “not be making its conclusions public”.

Alonso’s meeting with journalists on Thursday only re-fired the speculation, with the spotlight now shining brightest on the two-time world champion and his relationship with McLaren. He insists he suffered a “clear” car problem, but the telemetry does not back that up, Alonso says because data acquisition “on that part of the car is not at the top”. “From there the problem is not visible,” Alonso told F1’s official website, “and probably will never be found.”

Teammate Jenson Button has also pored over what he described on Thursday as “every single, tiny detail” of the telemetry from Alonso’s crash. “There is no other way to find any other information,” he was quoted by Brazil’s Globo in Malaysia, “and there are no problems. Of course, I was not in the car, so I don’t know what he (Alonso) felt at the time.” Curiously, the Briton does admit that one element of all the information gathered is “strange”, but “I can’t say anything” about it.

impression is that the case is still very strange.” The leading speculative stories now are that Alonso either made a mistake, or he did in fact suffer a medical issue prior to losing control of the car. Switzerland’s Blick newspaper quoted an unnamed journalist as saying after his comments on Thursday: “Alonso needs to work on his lying.”

Another source told Germany’s Auto Motor und Sport that Alonso may be “too proud” to simply admit he made a major mistake whilst not even on a hot lap. And yet another unnamed source told the Times newspaper he is adamant Alonso was “out” (unconscious), despite the Spanish driver’s protests to the contrary. Whatever the case, the striking differences between Alonso and McLaren’s official accounts of the crash are, as Button himself admitted, “awkward”.

The Telegraph newspaper headlined Alonso’s press conference on Thursday as an “attack” on the British team, with whom he fell out spectacularly back in 2007. Michael Schmidt, a leading German journalist, said McLaren executives were obviously “surprised” by Alonso’s comments, which were more like an “indictment” of the team.

1997 world champion Jacques Villeneuve says it is obvious Alonso only returned to McLaren this year because he had no alternative. “Definitely it was not wise,” he told Brazil’s Globo, “but the relationship between himself and Ferrari was completely broken, so it was impossible to stay. He had to change, and the only option was McLaren.”

The crash saga will continue to run for now, but Alonso’s former

teammate Romain Grosjean said it is good to see the Spaniard back in top shape this weekend. “He looks fit,” said the Frenchman. “He told me that all is well, his health is good, so that’s reassuring”. Asked if he and his fellow drivers have had “doubts” amid the Alonso crash saga, however, Grosjean admitted: “There were actually some doubts. There have been a lot of rumours. But to see him here, fit, smiling and ready to attack, it’s reassuring.”