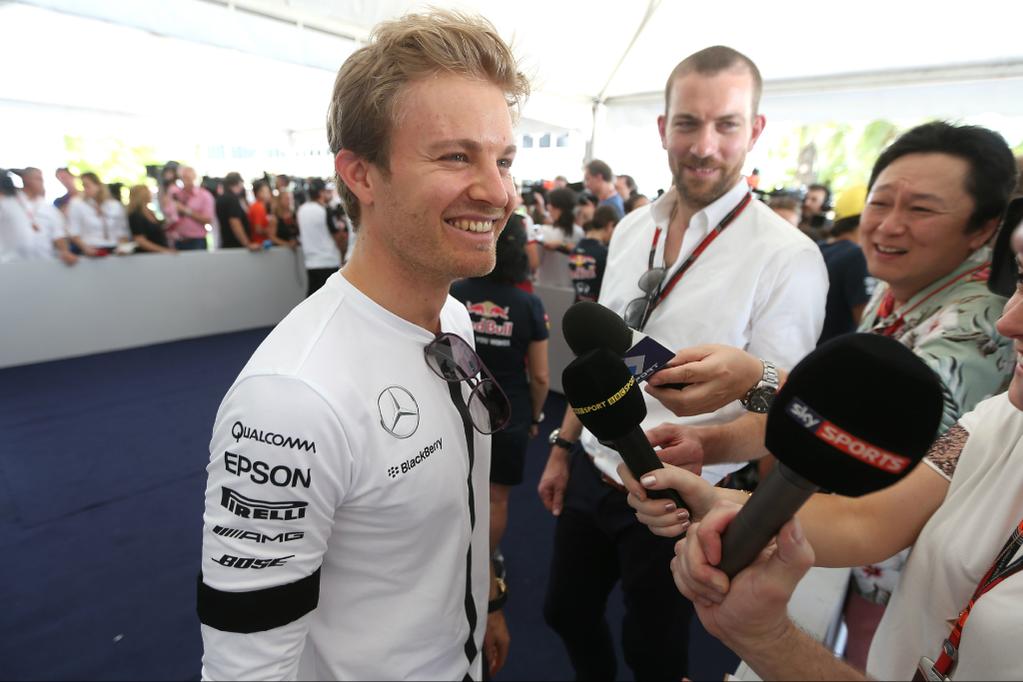 Nico Rosberg’s mind is on the other side of the world as he also concentrates on his job this weekend in Malaysia. Back at his home in Monaco, where he has lived almost his entire life, the Mercedes driver’s new wife Vivian is unwell. According to Bild newspaper, she is struggling with hyperemesis gravidarum, which is a rare and extreme form of morning sickness among pregnant women. Over in Malaysia, Rosberg is keeping his mood light with his cheeky invitation to the engineering debrief for Ferrari’s Sebastian Vettel. And on Thursday, he entertained the entire F1 world by revealing his trick to keep sweat from pouring into his eyes in Malaysia is to put a women’s sanitary pad on his forehead. But the Kolner Express tabloid says Vivian is in fact quite ill. “Some days she vomits a dozen times,” it revealed. “Rosberg even had to take her to hospital at one point.” Rosberg said in Malaysia: “Vivian is struggling with nausea, but the baby is healthy.”