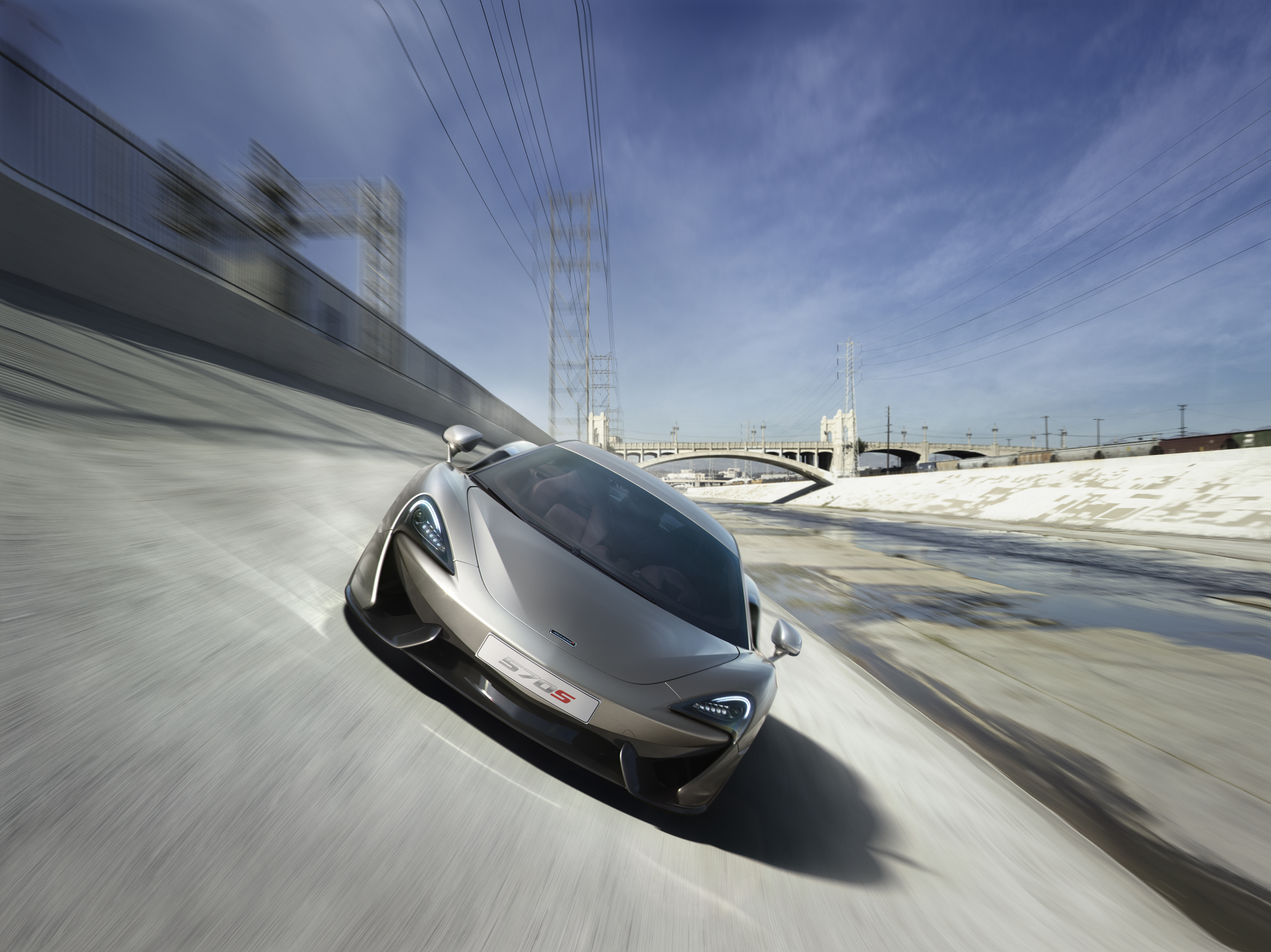 McLaren has completed its three tier model strategy with the global reveal of the first in its Sports Series family: the McLaren 570S Coupé.  This pure sports car, with driver optimised layout and electrifying performance, shares its DNA with the McLaren Super Series and Ultimate Series that sit above it in the range hierarchy. The Sports Series introduces McLaren race-derived technologies and design values to a new segment and audience.

The Coupé is the first bodystyle to be shown in the Sports Series, highlighting the latest evolution of the McLaren design philosophy.  The ‘shrinkwrapped’, aerodynamically-optimised form will be seen in public for the first time at the 115th New York International Auto Show. The McLaren design team has created a shape of beauty highlighted by details such as the rear flying buttresses that increase downforce as well as adding grace, and complex door tendons that direct additional air to cool the mid-mounted V8 engine.

The Sports Series features an evolution of the 3.8-litre V8 twin turbo engine, named M838TE, with 30 percent of components bespoke to the new model. Engineered by McLaren, it produces 570PS (562 bhp) at 7,400 rpm, and 600Nm (443 lb ft) of torque at 5,000-6,500 rpm. Power is delivered through a seven-speed SSG transmission, and transferred to the road through the rear wheels. This power is brought under control with standard-fit carbon ceramic brakes, fitted

behind a newly designed range of forged alloy wheel options with P Zero™ Corsa tyres as standard from McLaren technical partner, Pirelli – 225/35/R19 on the front and 285/35/R20 on the rear.

The unique carbon fibre MonoCell II chassis has been newly designed with more of a focus on day-to-day usability, offering improved ingress and egress from the cabin. It is incredibly strong and stiff yet weighs less than 80kg, offering optimum levels of protection. This lightweight structure, and the use of aluminium body panels, contributes to a dry weight of as low as 1,313kg (2,895lbs), almost 150kg lighter than its closest competitor.

Minimised weight and a turbocharged engine doesn’t just bring great performance.  The 570S also delivers excellent fuel efficiency and emissions for car that is also a member of the 200mph club, with fuel economy of 25.5mpg on the EU combined cycle, and emissions of 258g/km.

Like every McLaren the cabin of the 570S has been designed around the driver, with a clear focus on engagement, visibility, functionality and more than any McLaren before it, day-to-day usability and space. As standard, the sports seats are leather upholstered – racing seats are optional – offering a high level of long distance comfort and support.  The dashboard and steering wheel are also all leather trimmed. Intelligent and ergonomic design within the cabin provides extended stowage space, with the most usable space of any McLaren model to date. This adds to the 150 litres of storage in the front luggage bay.