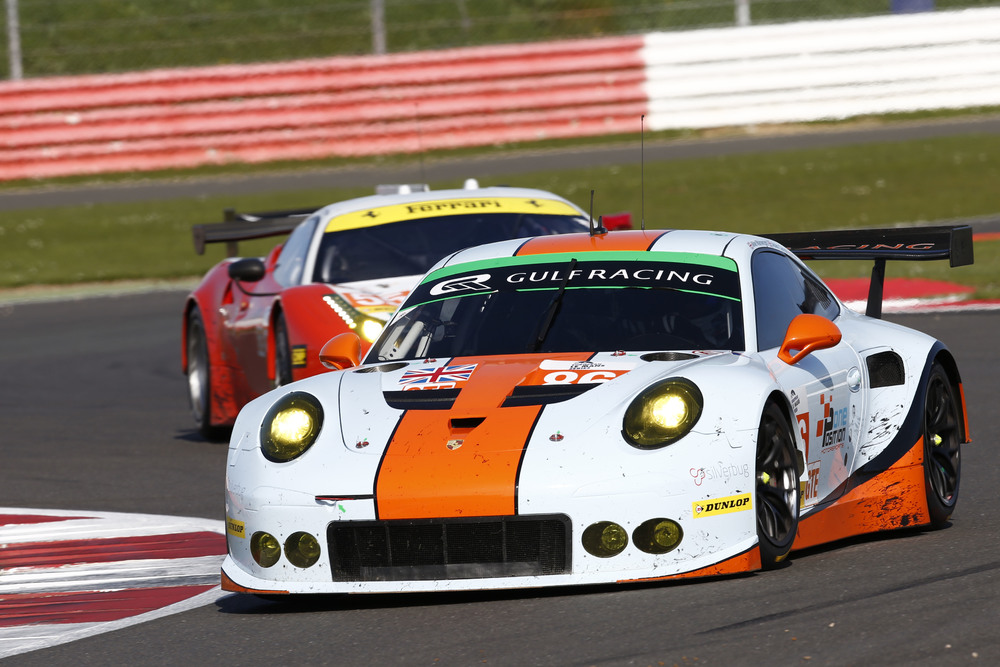 The Porsche customer team Gulf Racing UK kicked off the European Le Mans Series ELMS with a victory on Saturday at the four-hour race on the Silverstone Circuit. The all-British driver lineup of Michael Wainwright, Adam Carroll and Philip Keen scored a convincing GTE class win at their home race on the storied circuit in the British Midlands, crossing the finish line one lap ahead of the second-placed vehicle in their 470 hp Porsche 911 RSR, which is based on the seventh generation of the iconic 911 sports car.

“We’re thrilled with our customer team’s success. This has underlined just how competitive our 911 RSR is,” said Head of Porsche Motorsport Dr Frank-Steffen Walliser. “With support from their pit crew, the pilots put in a consistently good effort. We’re proud of Gulf Racing UK for claiming this season-opening victory and we wish our customer squad continued success for the rest of the season.”