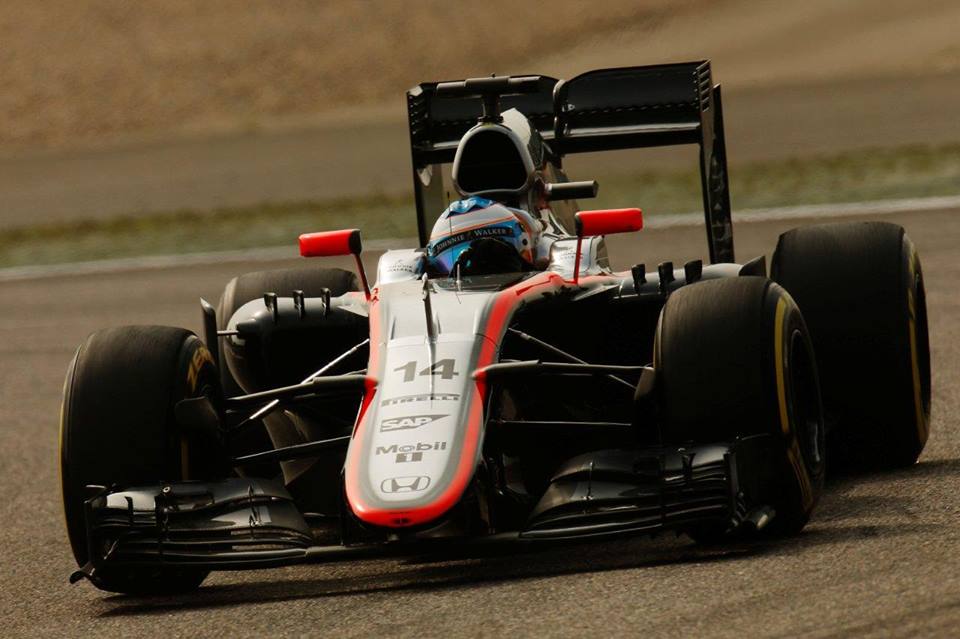 Jenson Button, 17th: “I guess we hoped we might be just a bit closer than we were today; in practice, we’d looked a bit more competitive, certainly. We’d found a reasonably good balance with the car, in fact, but the lap-time isn’t

quite there yet. In addition, the cars in front of us seemed to make a big leap forward this afternoon – whereas we didn’t – so we’ll need to find out why that was. So, overall, we’ve made some improvements this weekend, but qualifying just didn’t go our way. Hopefully, things will be better tomorrow, and we’ll be able to race some of the cars that will start in front of us on the grid.”

Fernando Alonso, 18th: “We were two tenths away from the mid-pack – and close to getting into Q2 – today. We’re getting there, and this is

another step forward, but we’re still under-performing, so we need to keep improving. Our main priority now is to finish tomorrow’s race; that’ll allow us to learn more about the car and uncover any possible problems. Obviously, two DNFs in Malaysia wasn’t an ideal situation for us, so, regardless of the result, we need to make the finish here in China. This has been another positive weekend – everyone in the team is excited about the progress we’re making.”

Eric Boullier, Racing Director: “I’d hesitate to use the word ‘disappointing’ to describe this afternoon’s qualifying performance, but I think we’d all hoped for a little more,

particularly after looking like we’d made a respectable improvement in all three of this weekend’s practice sessions. Fernando’s afternoon was obviously affected by the car failure on his out-lap in FP3 this morning, but he responded magnificently, and the parity between our drivers today demonstrated exactly why we hired them: because they can get absolutely everything from the car, and leave nothing out on track. Superbe! Additionally, both Fernando and Jenson know how important it will be to finish tomorrow’s race. Hopefully, it will give us another opportunity to narrow the gap to the cars in front. In fact, while today’s grid positions of 17th and 18th don’t necessarily reflect it, this weekend does indeed mark another step forward: in Australia we were 2.836s off the

Yasuhisa Arai, Honda R&D senior managing officer – chief officer of motorsport: “In FP3 we had a small ignition system issue on Fernando’s car, so we couldn’t ride the momentum that we’d gathered during yesterday’s positive FP1 and FP2 sessions. It’s an unfortunate result, especially since we’d been closing the gap. I want to say a big thank-you to all the mechanics for their hard work to get Fernando’s car ready for qualifying. And we hope that the race tomorrow will bring us some positive results.”