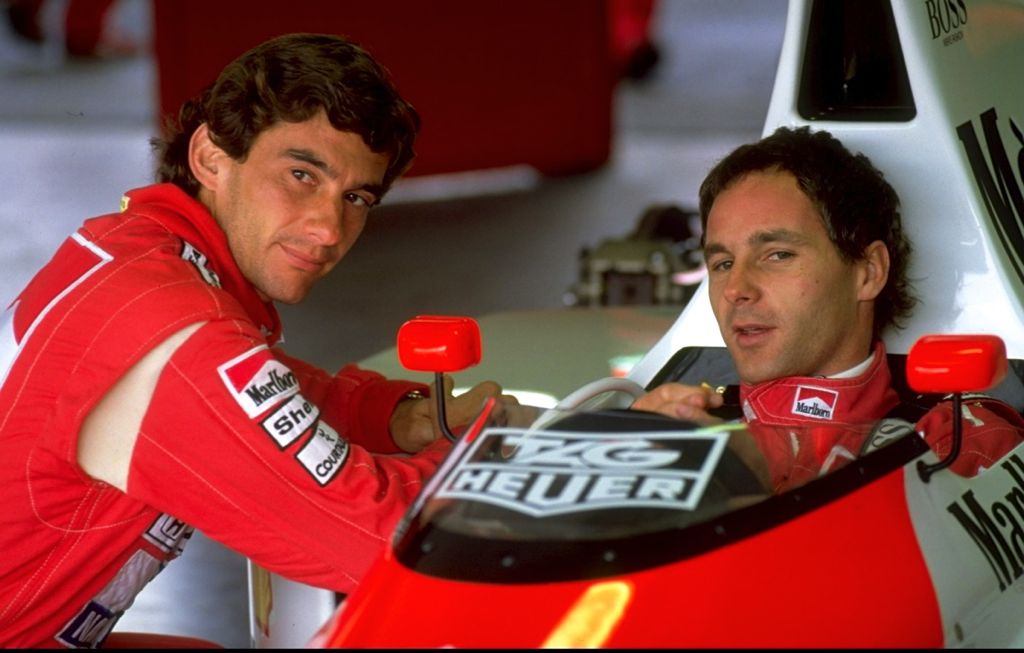 Gerhard Berger sees a similarity between his own F1 career and the crossroad now reached by Nico Rosberg. The F1 legend has compared Rosberg’s new struggle to keep up with Mercedes teammate Lewis Hamilton with his own

scrap with the great Ayrton Senna some 25 years ago. Berger, now 55, won grands prix in his own right but he is probably best remembered as Senna’s somewhat subordinate teammate at McLaren. He told the Suddeutsche newspaper: “My situation in 1990 was quite comparable to that of Nico and Lewis.

“In the beginning I could keep up very well, I was a nuisance for Senna. But eventually I lost my nerve, and when he won his second title, it was even more difficult for me because by then he was so confident,” Berger added.

Indeed, Hamilton has won eight of the last ten races, causing some to wonder if Rosberg will soon also be playing little more than a de-fact ‘number 2’ role. Asked if Rosberg can still reverse the trend, Berger answered: “Yes. But in the past few weeks I have not liked the look of his body language.”

He is referring, in part, to Rosberg’s furious reaction after Shanghai, where he accused Hamilton of driving too slowly en route to victory. “I don’t know what Nico was complaining about,” F1 supremo Bernie Ecclestone said in Bahrain on Friday. “Lewis has always been a great champion and it would be great to see him win the title again,” he added.

Berger, meanwhile, said that when he realised that his best years had passed in Senna’s shadow and that he would probably never be world champion, it was “incredibly difficult” to deal with mentally. “But Nico is not in that situation yet,” he insisted.