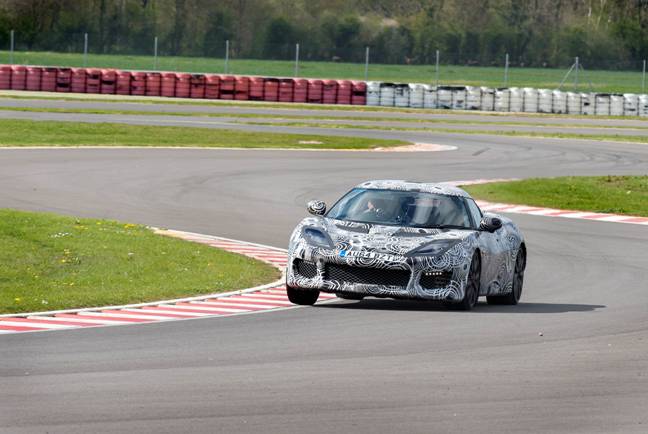 Having stated that the new Evora 400 supercar would exceed expectations, Lotus has now validated the claim. Early tests, carried out by Gavan Kershaw, Technical Manager for Lotus Motorsport, allowed Lotus to boast of a six seconds per lap advantage at Hethel. This validation drive of a standard road specification prototype Evora 400, running on road tyres and with standard road suspension supports the initial claim.

The new Lotus Evora 400 is the latest pure and focused supercar from Lotus, combining high performance with the legendary Lotus signature benchmark handling. It is faster and dynamically more capable than the previous Lotus Evora leading to greater agility and a more involving drive. Maximum speed is 186 mph (300 km/h) and acceleration 0-60 mph is just 4.1 seconds (0-100 km/h in 4.2 seconds). Over two thirds of the Lotus Evora 400 is new, including its supercharged and charge-cooled mid-mounted 3.5-litre V6 engine producing 400 horsepower and 410 Nm of torque. A new aluminium chassis incorporates a new interior and the lightweight composite body has changed significantly both front and rear.

The new Evora 400, which was revealed at the Geneva Motor Show in March will enter production for European markets in the summer and deliveries will commence in August this year. North American markets will receive the Evora 400 as a 2016 model year presentation in the Autumn, with China markets taking first deliveries in early 2016.